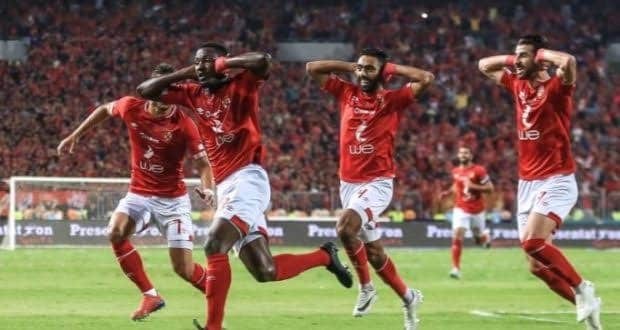 Tony Edjomariegwe helped Al Merreikh run to a two-goal lead at the Al-Hilal Stadium in Omdurman, but Junior Ajayi’s Al Ahly rallied to secure a 2-2 draw and qualify for the next stage of the CAF Champions League.

Ramadan Agab opened the scoring for the home side in the 26th minute, and ten minutes later, Nigerian midfielder Tony set up Saifeldin Bakhit to double their advantage.

All of Ajayi’s efforts in that opening period yielded little end product as the Sudanese ran rings around the reigning African kings. And it was not surprising when the one-cap Super Eagles forward was hauled off at the break for Taher Mohamed.

Still, Al Meirrekh, who knocked out Nigerian side Enyimba FC en route the group stages, looked like securing their first win of the series until the Al Ahly’s labours were rewarded with two late goals through Badr Banoun and Yasser Ibrahim.

Ajayi remains a crucial player for Al Ahly, a team he helped claim both the Egyptian Premier League and the CAF Champions League last season. The 25-year-old also scored the winning penalty as Al Ahly claimed the bronze medal at the FIFA Club World Cup in February.

Despite his exploits at the club level, Ajayi continues to be snubbed for international duty by Super Eagles head coach Gernot Rohr.

CHECK IT OUT:  Actress Damilola Adegbite advises women on how to send nudes to men, if it’s a must

It was, however, the German tactician who gave the versatile forward his only Super Eagles cap in 2018.