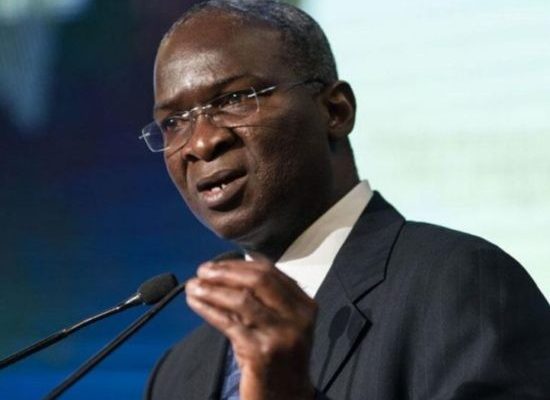 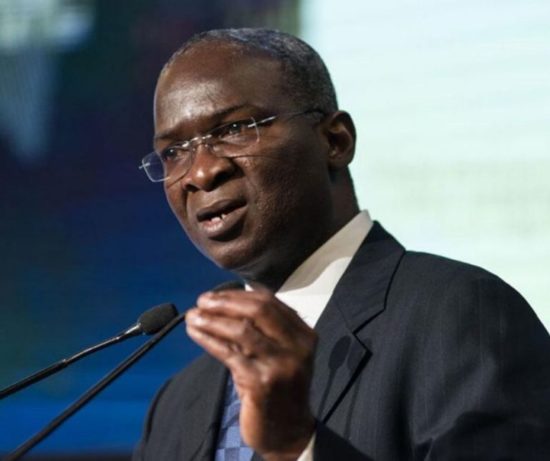 The Federal Ministry of Works and Housing has set aside N100m in the 2021 budget for the rehabilitation of the Ife-Ifewara Road which had been fixed by the General Overseer of the Redeemed Christian Church of God, Pastor Enoch Adeboye.

The road was rehabilitated free by Adeboye as part of the church’s Social Corporate Responsibility at the cost of N188,440,342.00.

As a result of this, the Senate is currently probing the Ministry of Works and Housing for paying N145m to a construction firm, Cartil Construction Nigeria Limited, as a reimbursement for the road.

The matter is currently being handled by the Senate Committee on Ethics, Privileges and Public Petitions, following a petition written to the panel by the church.

However, our correspondent, who obtained a copy of the Ministry of Works and Housing’s 2021 budget, observed that the ministry allocated yet another N100m as payment to the contractors for the rehabilitation of the Ife-Ifewara Road.

When contacted, the chairman of the Senate panel handling the case, Senator Ayo Akinyelure, said the officials of the RCCG, those of the Ministry of Works and Housing, and management of the construction firm had been asked to appear before the committee on Thursday, April 15.

A senior official of the RCCG, Pastor Niyi Adebanjo, had in a petition submitted to the Senate alleged that the Ministry of Works and Housing officials paid N151m to the management of Cartil Construction Nigeria Limited as part payment for the road project awarded to it but abandoned.

CHECK IT OUT:  5 Ways To Avoid Being Arrested And Harassed By SARS Officials (WATCH VIDEO)

Adebanjo submitted the petition on behalf of Adeboye while the Senate President, Ahmad Lawan, referred the document to the Senate Committee on Ethics, Privileges and Public Petitions.

The petition was laid by the Chairman of the Committee on behalf of Lawan, on Tuesday, February 9, 2021.

The RCCG, in the petition, alleged that the construction firm claimed the sum of N151,508,901.22 as reimbursement for the rehabilitation of the Ife-Ifewara Road in Osun State which the church constructed.

Part of the petition read, “The rehabilitation of the road was awarded and paid for by Pastor Enoch Adeboye in the sum of N188,440,342.00, hence the claim by Cartil Construction Nigeria Limited was illegal and unjust.

“The church hereby requests the Senate to look into the matter and, among others, urge the firm to refund the money it collected to the coffers of the Federal Government.”

Speaking before the panel under oath, Adebanjo said, “Pastor EA Adeboye employed the services of the construction department of the RCCG to execute the project between August 26, 2016 and 2019 and the total cost was over N188m.

“The project started from Eruwa junction in Ife and Garage Olode in Ifewara, which is 8.2km. We have the details of all the seven companies that supplied us with the materials used to execute the project.

“They delivered all the materials on site. We have supplied details of the projects to the committee. While the project was ongoing, authorities of the Nigerian Correctional Service pleaded with Pastor Adeboye to extend the construction to their premises which was done.

CHECK IT OUT:  BBNaija’s Leo Dasilva Says He Is A Virgin

“There are people at Ife and Ifewara who can testify to the fact that Pastor Adeboye constructed the road because he visited the palace where the Oba appreciated him for constructing the road.

“We were, therefore, shocked when we found out that somebody is trying to defraud the Nigerian state by claiming money for a project he never executed.”

An official at Cartil Construction Nigeria Limited, Olalekan Jimoh, was put on oath to address the panel on behalf of the managing director, who Jimoh claimed could not speak the English language.

Jimoh debunked the allegations by the RCCG, saying the contract for the construction of the road was awarded to his construction firm in 2010 for the sum of over N600m to rehabilitate the road under reference.

He said only N145m had been paid to the company.

“Cartil Construction Limited was duly given an award letter and the description of works to be done,” he said.

Jimoh said the staff of the Federal Ministry of Works and Housing in Abuja and those in Osun State were constantly supervising the project which is still ongoing.

“Up until March 2020, there were communications between us and the Federal Government,” Jimoh said.

He, therefore, urged the Senate committee to summon officials of the Federal Ministry of Works and Housing for questioning so as to correct the impression that the firm fraudulently collected money for projects it did not execute.

However, a member of the Senate panel, who is the Senator representing the area under reference, Francis Fadahunsi, faulted the submissions of the construction company.

CHECK IT OUT:  Kizz Daniel is about to release a new album “King of Love” in 2020

He said, “I visited the road personally and I complained to the Minister of Works and Housing (Babatunde Fashola) and told him that the road was abandoned due to the sickness of the managing director of the construction company.

“The minister then promised that another contractor would take over the project because the road had been abandoned.

“It was when armed robbers capitalised on the poor state of the road that Pastor Adeboye came to the aid of the people.”

Ruling on the matter, the Senate committee chairman, Akinyelure, directed the secretariat to write the directors and supervising engineers in charge of the project to appear before the panel.

He said, “The engineers from the Ministry of Works and Housing should come and tell us their own side of the story. The directors of works too should be summoned.

“We will listen to them before we carry out the physical assessment of the road as part of our oversight functions.”

The post Ministry Of Works Allocates N100 Million To Road Rehabilitated By RCCG appeared first on .