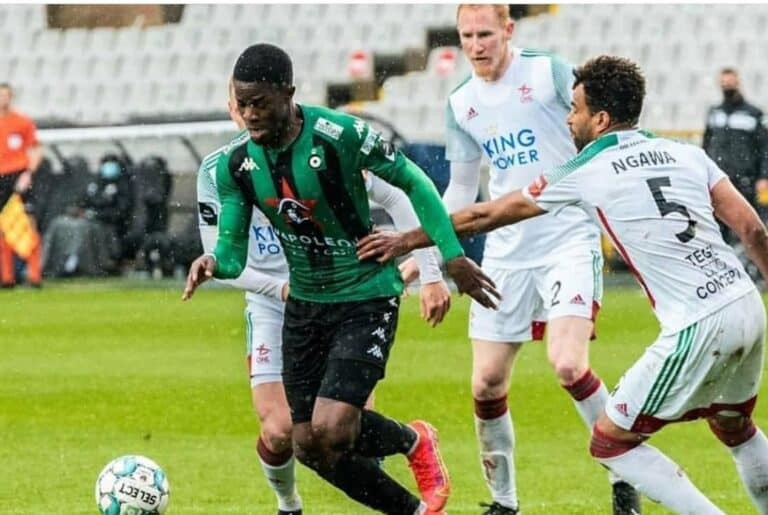 Gernot Rohr has said he would not invite new players for the Super Eagles World Cup qualifiers, but he may be forced to change his plans after one of the potential new additions scored twice in the Belgian top-flight

Ugbo was born in England and has represented the Three Lions at the youth level. However, he qualifies to represent Nigeria through his parents and has stated his intentions to represent the Super Eagles at the 2022 World Cup in Qatar.

And he may just achieve that if he continues in his impressive form this season. The 22-year-old’s latest brace against Heverlee is his 15th strike in the Belgian top-flight this season.

Ugbo, who is on loan from Chelsea, opened the scoring for Cercle just a minute before half-time. He then scored his and the home side’s second in the 56th minute.

Jeremy Taravel added a third in the 73rd minute to seal a comprehensive victory for Yves Vanderhaeghe’s men.

However, it was Ugbo that grabbed the headlines following his two goals. Cercle are now four points clear of Royal Excel Mouscron in the battle to avoid relegation.

CHECK IT OUT:  “I Love Tacha” – Zlatan Reveals His Love For Tacha