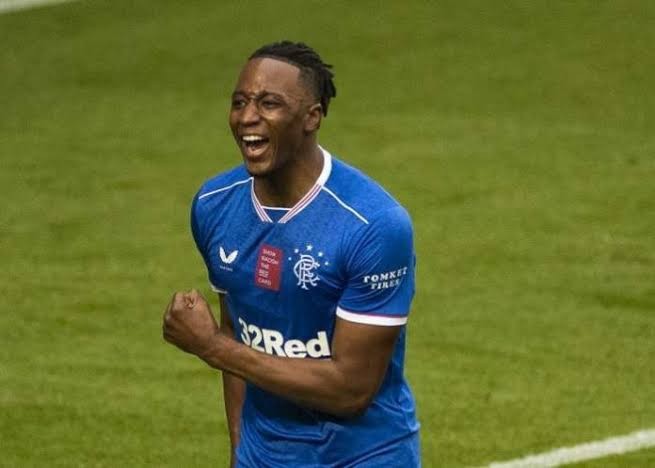 The Gers have already been crowned champions of Scotland, but they are showing no signs of slowing down after another strong start at the Ibrox

Nigerian international Joe Aribo grabbed his seventh league goal of an incredible season to open the scoring for Rangers in their clash against Hibernian on Sunday.

Aribo has been one of Gernot Rohr’s most influential stars in a league campaign that has seen the Light Blues secure their first Scottish Premiership crown in a decade.

And with the title already in the bag, Aribo and teammates could be forgiven should they decide to take their feet off the throttle and slow down a bit.

But the opposite is the case as Aribo gave the home side an early advantage after converting a Kemar Roofe pass in the 20th minute.

Rangers still have an unbeaten run to protect with the yet to taste defeat in the championship this term, after winning 28 matches and drawing the other five.

This is shaping out to be one of Aribo’s finest seasons, even on a personal level. Only once has the attacking midfielder scored more than seven league goals since turning professional in 2014.

The Super Eagles star needs three more goals to match the personal best of ten he notched in his final season at Charlton Athletic.

CHECK IT OUT:  Nnamdi Kanu Replies Judge Who Said Prison Is The Safest Place For Him