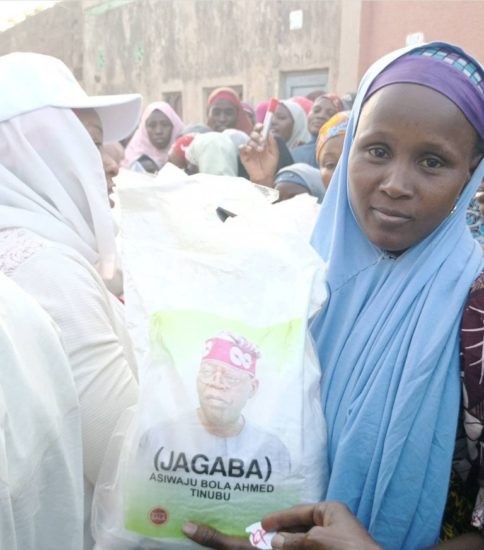 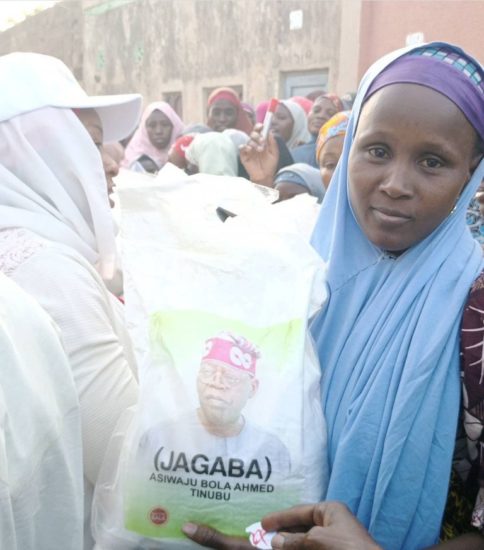 Bola Tinubu, using his self-named non-governmental organisation, has begun distributing bags of rice and other foodstuffs to Kano residents.

The All Progressives Congress’s national leader was in the news in March for donating to Katsina (President Muhammadu Buhari’s hometown) market fire victims.

People were handed ‘Jagaban’ bags of rice, as seen in a video that surfaced on social media.

Nigerian politicians are notorious for giving handouts, popularised as ‘stomach infrastructure’ by ex-Governor Ayo Fayose, to would-be voters before and during an election period.

An Instagram username @mansurah_isah of Today’s Life Foundation uploaded pictures of the event with a caption appreciating Mr Tinubu’s foundation for the food items.

The donation followed Mr Tinubu’s donation of foodstuffs and other items to orphanages in Lagos and Ogun.

The donations were part of activities marking the celebration of Mr Tinubu’s 69th birthday.

CHECK IT OUT:  You Can’t Stop A Woman From Her Career In The Name Of Marriege – Edochie