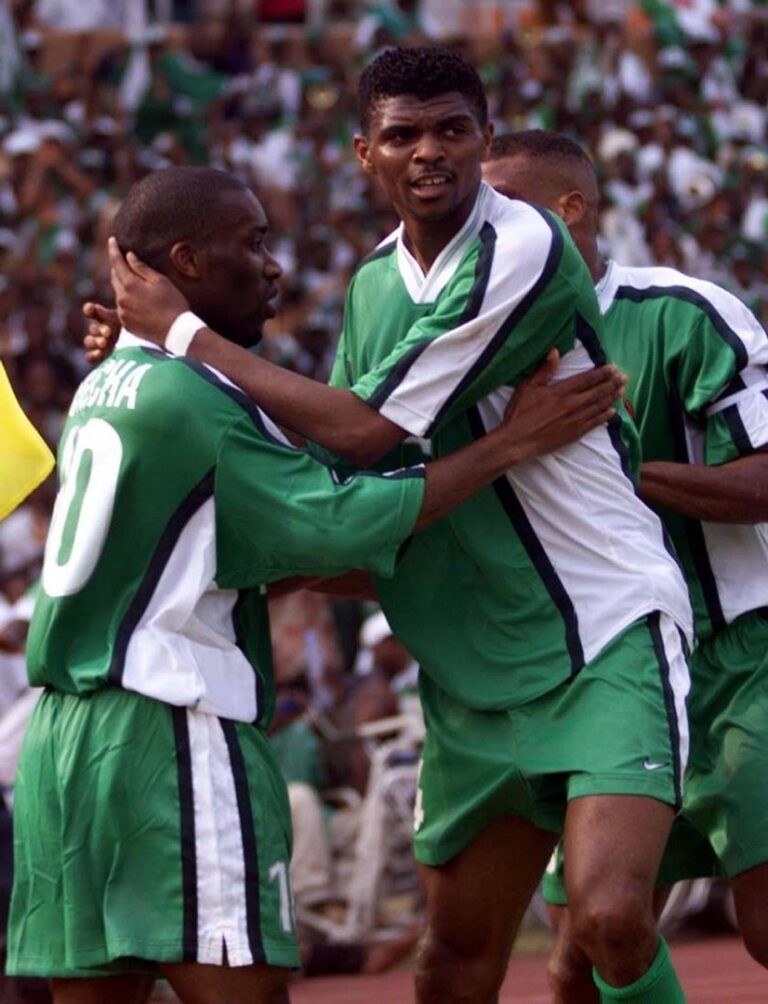 It’s no longer news that Ahmed Musa is back in the Nigeria Professional Football League (NPFL) after signing for Kano Pillars on a short term deal.

The Super Eagles captain returns to his first and only club in the Nigerian top-flight 11 years after leaving for Europe.

Musa was with Kano Pillars in the 2009/2010 season, scoring 18 goals, which as of then, was the most goals scored by a player in a single campaign.

His decision to return- albeit on a temporary deal- is because he has been without a club since he left Al-Nassr last October.

While he still harbours the hope of returning to Europe, news of his return to the domestic scene has gained traction among Nigerian football lovers.

The interest in the NPFL is not massive as it used to be, but Musa’s time is expected to attract a new audience.

And this leads to the question of what would’ve been if some ex-Super Eagles stars like Austin Jay-Jay Okocha, Kanu Nwankwo, John Mikel Obi, Taye Taiwo and Osaze Odemwingie had decided to return home?

In reality, just a few Nigerian stars played for a local league football club before moving abroad. The five players listed above fall into that category.

Okocha started his youth career with Enugu Rangers, while Kanu featured for Iwuanyanwu Nationale. Mikel also spent his formative years with Plateau United while Taye Taiwo made his name at Lobi Stars.

Had these players returned home to where it all started, it would’ve raised the league’s profile to an unprecedented height.

CHECK IT OUT:  Davido’s PA Aloma Acquires A Benz Car

Okocha retired in 2008 after he was released by Hull City that same year. However, he could have played one or two more years in the NPFL as he was only 34 when he retired.

And given he is arguably Nigeria’s most talented player, it would’ve been a delight to see him grace the NPFL before retirement and might have prevented Rangers from waiting long before winning a title.

The same also goes for Kanu, who retired in 2012 after leaving Portsmouth. He was 35 when he quit the game, but his return would’ve boosted the league’s image as he was one of Nigeria’s most famous stars in Europe, having played for Ajax, Inter Milan and Arsenal.

While those two are already retired, Mikel and Taiwo are still active. The two players were part of the Nigerian U-20 team that finished second at the 2005 U-20 World Cup.

However, they are now in the twilight of their careers, with Mikel now 33 while Taiwo is 36. Mikel spent the majority of his career at Chelsea, but he’s currently at Stoke.

Taiwo, meanwhile, is currently with Palm Beach in the United States. But they would’ve been a valuable asset for the NPFL had they returned home to finish their careers.

For Osaze, he started with Bendel Insurance before moving to Belgium. The 39-year-old retired in 2019 could have played in the domestic league before retirement.

Osaze featured for clubs like Lille, West Brom, Cardiff, Stoke and Rotherham before playing his final season in the Indonesian league with Madura United.

However, instead of playing in the less-fancied Indonesian top-flight, a return home would have given the NPFL a massive lift.

Nonetheless, it’s a massive boost for the league that Musa is back, but it could’ve gained so much popularity if some ex-national team stars had decided to come back home to wind down their careers.