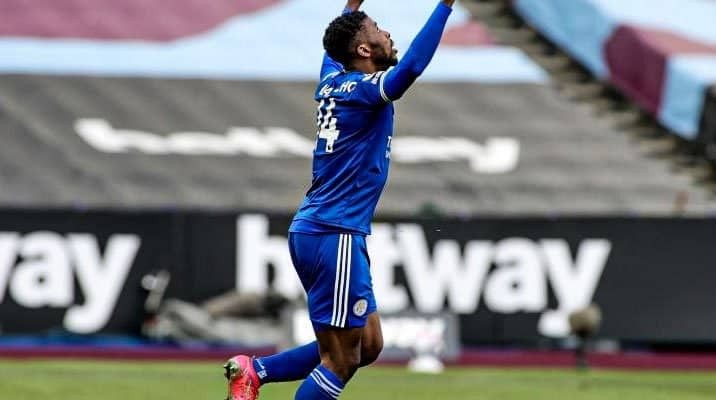 The ex-Manchester City man has already set a new personal scoring record this season, but he could still yet achieve a new feat on Thursday

Kelechi Iheanacho is just one goal away from reaching a new personal goalscoring record in a single Premier League season.

Iheanacho has eight goals in the Engish top-flight this season, which is the same number he managed in the 2015/2016 campaign.

However, with seven matches left for Leicester City this season, the Nigerian international is well on course to set a new personal best this season.

He could well break the record he set in the 2015/2016 season if he scores in Leicester’s clash against West Brom on Thursday.

And with the form he’s currently in, it would be hard to bet against him. The former Golden Eaglets star scored the winner in the Foxes’ 1-0 win over Southampton in their FA Cup semifinal clash.

The goal was his 15th in all competitions the season, which is the highest he has ever scored in a single campaign.

His previous best scoring season was in the 2015/2016 season, which saw him score 14 times in all competitions for Manchester City.

CHECK IT OUT:  YORUBA FACTS! The Alaafin Of Oyo Must Never Marry A Lady Who Isn’t A Virgin? (Share Yours)