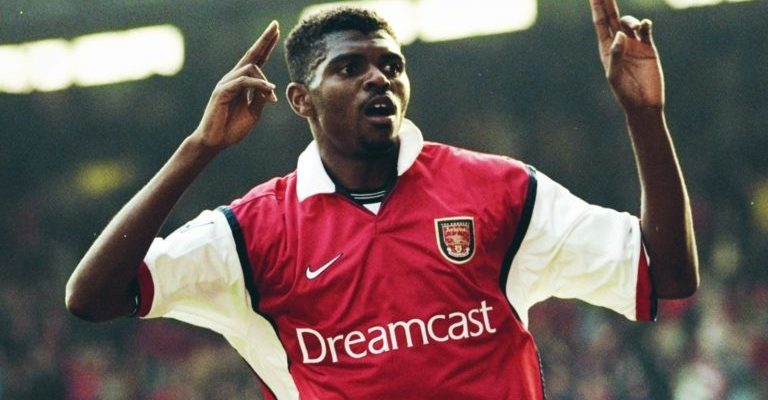 The Gunners have had a disappointing campaign in the Premier League, but the former Nigerian international believes it could’ve been different if they had not sold a homegrown talent

Former Super Eagles star Kanu Nwankwo believes Arsenal were a better side with Alex Iwobi, and he’s surprised they sold the Nigerian star.

Iwobi came through the ranks at Arsenal before going on to play for the first team. The Nigerian international made his debut for the Gunners in 2015 and went on to play 149 games, scoring 15 goals and providing 27 assists.

But after four years in the first team, the Nigerian international joined Everton on a five-year year deal in the summer of 2019.

It has been two years since he left the Emirates, but Kanu believes it’s still a mistake that Arsenal let him go as the Super Eagles star makes them a better team.

‘I was surprised they let Alex Iwobi go when they did,’ Kanu said in a Ladbrokes event per Metro.

‘He was supposed to be a part of this team, and I think they’d be a better team with him in it. He’s Arsenal blood, and he’s always given his all for the team.

‘He plays at an international level. I believe he’d be much more comfortable in this Arsenal team than he is in the Everton team.’

Iwobi will get a chance to prove himself against his former clubs when Arsenal host Everton at the Emirates on Friday night.

CHECK IT OUT:  PLEASE HELP!! She Promised To Give Me A Birthday Fvck But She Didn’t Show Up