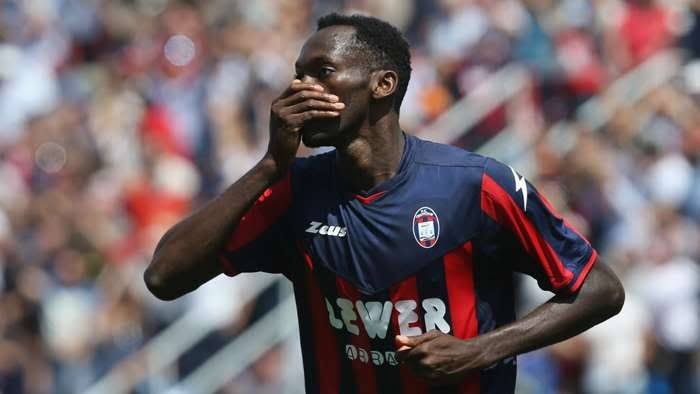 I Pitagorici would have confirmed their relegation status with a loss away to Parma, but their Nigerian import came to the rescue to offer them a lifeline for the time being

Simy Nwankwo scored twice to power Crotone to a thrilling 4-3 win at Parma, securing the visitors’ Serie A status until the next matchday.

Crotone knew a loss at the Stadio Ennio Tardini against fellow relegation strugglers Parma would have sealed their Serie B fate.

And Serse Cosmi’s side, many thanks to the in-form Simy, put up a fantastic attacking display – and another shocking defensive showing – to keep up their slim fighting chance at survival.

Victory in each of their last five league matches may still not be enough to keep Crotone in Serie A, but Simy struck twice to ensure – once in each half – to give his teammates something to cheer during what has been a truly horrible campaign.

The Super Eagles striker struck his first shortly before the halftime break to restore his side’s lead after Hernani had cancelled Magallan’s 14th-minute opener.

It was Simy’s 18th league goal of a brilliant season and a strike that pushed him past ex-Everton man Yakubu Aiyegbeni into the record books as the most prolific Nigerian in any of Europe’s top five leagues this millennium.

Simy then smashed home the winner from the penalty spot in the 69th-minute after Adam Ounas, Gervinho and Mihaila had traded goals to keep the scores at 3-3.

Crotone can still be demoted this weekend should Benevento avoid defeat against Udinese on Sunday and Torino repeat similar feat versus Napoli on Monday evening.