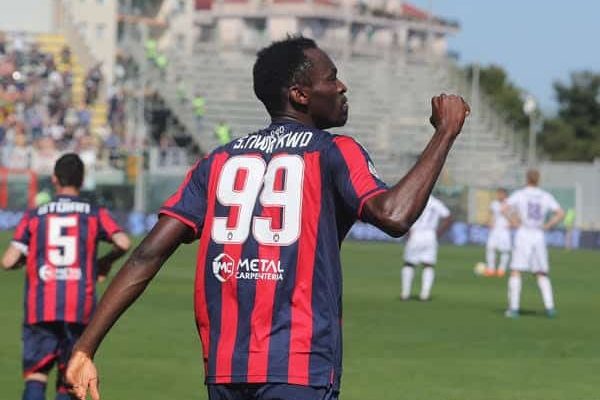 After nine years on the European football circuit, another Nigerian has wiped the Yak’s goalscoring record off the slate

Simy Nwankwo has put Crotone 2-1 ahead at Parma in a Serie A matchday 33 clash to rewrite yet another record in the history books.

The prolific Super Eagles striker notched his 18th goal of the campaign for the struggling Pythagoreans to move ahead of Yakubu Aiyegbeni as the most prolific Nigerian in any of the top five European leagues this millennium.

Simy has been unstoppable in front of goal even as the Pythagoreans continued to stumble from one defeat to another.

While Serse Cosmi’s men were putting together a terrible run of 12 losses in 13 games, Simy was blasting goals of all types from all angles against Atalanta, Torino, Lazio, Napoli, and Udinese, among others.

CHECK IT OUT:  ‘My Toughest Title Yet’- Man City Boss Pep Guardiola After Winning League Again