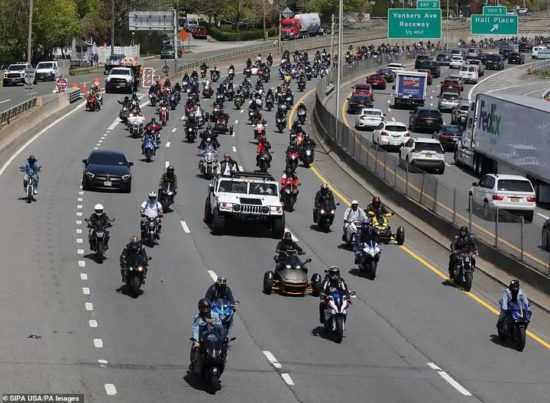 DMX’s funeral procession brought Brooklyn to a standstill on Saturday as bikers escorted the monster truck carrying his casket to a memorial service at the Barclays Center, two weeks after he died of a heart attack.

A huge black monster truck emblazoned with ‘Long Live DMX’ brought the body of the late rapper and New York native from his home town of Yonkers to the arena in Brooklyn, New York City, Saturday afternoon, where a large crowd of fans had gathered. 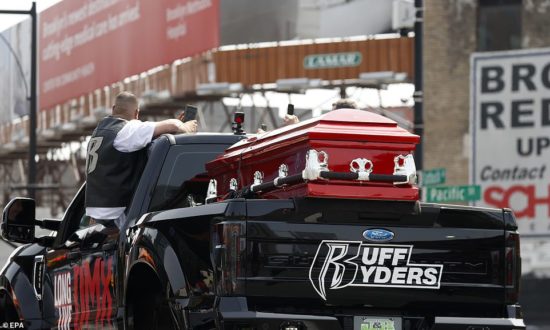 The vehicle was flanked by members of the Ruff Ryders rap label as well as hundreds of motorbikes, with DMX’s shiny bright red coffin visible in the open air of the truck’s trailer.

The American rapper and actor Earl Simmons, known by his stage name DMX or Dark Man X, died on April 9 at the age of 50.

He suffered a heart attack a week earlier at his home in White Plains, New York, after an apparent drug overdose.