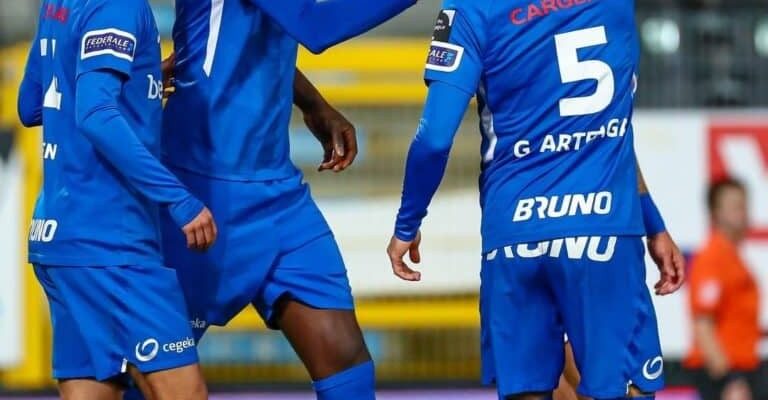 The 26-year-old can’t just stop scoring in for Genk in the Belgian top-flight, and he’s now just behind five players in the European Golden boot race

Paul Onuachu has moved up a race in the latest European Golden boot race, moving past Real Madrid’s Karim Benzema.

Onuachu was previously in eighth place, but after scoring Genk’s goals in the loss to Royal Antwerp, the Nigerian international moved up a spot to seventh place.

Only Robert Lewandowski (35) has scored more goals than Onuachu’s 29 for Genk in European Leagues this season.

But the former Midtjylland start sits in seventh place because a goal in the Belgian Jupiler league is worth 1.5 points. In contrast, a goal in Europe’s top five leagues is with two points.

Still, it’s impressive from Onuachu to sit above world-class players like Karim Benzema, Harry Kane and Mohamed Salah on the chart.

Onuachu is not the only Nigerian that moved up in the race, as Simy Nwankwo also moved up three places in the ranking.

Unlike Onuachu, each of Simy’s goals is worth two points as he plays in the Italian Serie A- one of Europe’s top five leagues.

The 28-year-old now sits in 17th place after scoring 19 goals for Serie A’s basement side Crotone. Simy is now the Nigerian player that has scored the most goals in Europe’s top five leagues in a single campaign, while he’s also the country’s all-time leading scorer in the Italian top-flight.

CHECK IT OUT:  Wawu! All Teachers Will Have Access To 1GB Data – Minister Of Education