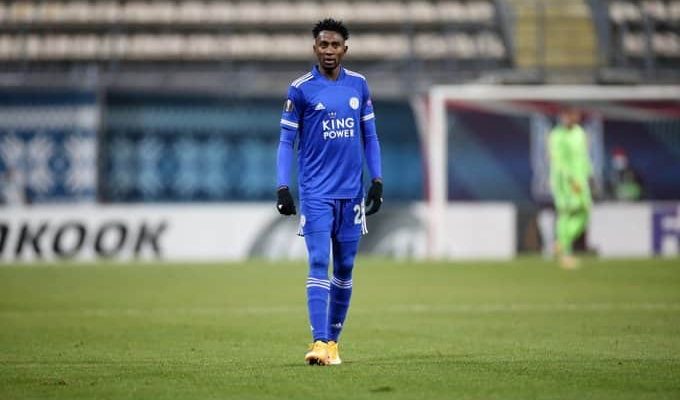 There was another round of games across Europe’s domestic league on Wednesday, but it was a disappointing night for most Nigerian stars that featured for their clubs

Kevin Akpoguma was in action for the full 90 minutes, but his presence in defence could not stop Hoffenheim from going down 1-0 to RB Leipzig.

It was Akpoguma’s 11th league appearance of the season as a second-half strike from Yussuf Poulsen secured a win for Die Roten Bullen.

Meanwhile, in France, Josh Maja and Moses Simon featured for their respective clubs, but both ended up on the losing side.

Maja played for 61 minutes as Bordeaux lost at 2-1 at home to St Etienne. Maja, who has two goals in 14 league appearances this season, managed just one shot on target for the time he was on the pitch.

Arnaud Nordin put the away side ahead in the 15th minute before Ui-Jo Hwang levelled scores nine minutes later for Le Girondins.

However, St Etienne would not be denied the three points as Yvan Neyou scored the winner 15 minutes from time.

In another game, Moses Simon could not continue from where he left off last weekend as Nantes suffered a 3-2 loss at Reims.

Simon had scored his second league goal of the season last weekend, but he could not add to his tally on Wednesday night.

Goals from El Bilal Toure, Boulaye Dia and Mathieu Cafaro turned the tie around for Reims after Nicolas Pallois had put Nantes ahead in the 11th minute.

Although Ludovic Blas pulled one back for Les Canaries in the 79th minute, Reims held on for the win.

Meanwhile, in the English Premier League, Alex Iwobi came out on top in the battle of Nigerians as Everton stunned Leicester City at the King Power Stadium.

At Craven Cottage, Ola Aina and his Fulham side kept a clean sheet against Brighton as neither team could find the breakthrough.

In Scotland, Joe Aribo and Leon Balogun both featured as Rangers unbeaten start to the season came to an end following a 3-2 loss to St. Mirren in the Betfred Cup.

Aribo played for the entire duration while Balogun came off just six minutes before full time. Steven Gerrard’s side took the lead inside the opening seven minutes, but a Jamie McGrath brace in either half turned the tie around for St. Mirren.

Steven Davis restored parity for the Gers in the 88th minute, but there was to be more drama as Conor McCarthy popped up in added time to secure a dramatic win for the home side.

In Russia, Victor Moses was again on the losing side as Zenith St. Petersburg beat Spartak Moscow at the Gazprom Arena.

Spartak went into the clash after losing 1-0 to Sochi last weekend. However, it was Zenith that came out victorious thanks to goals from Sardar Azmoun, Yaroslav Rakitskiy and Artem Dzyuba.