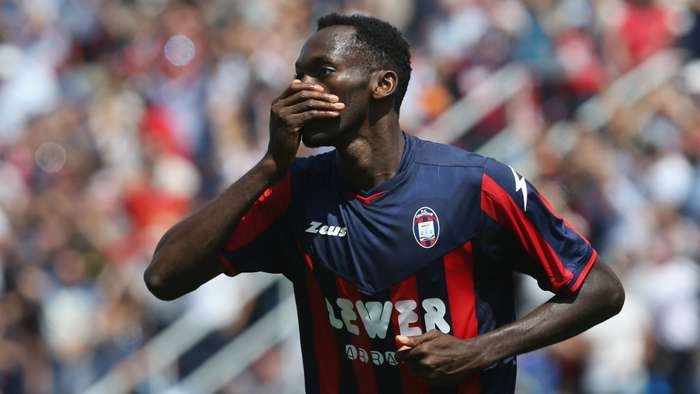 Former Nigerian midfielder Henry Nwosu has advised Super Eagles forward Simy Nwankwo to move to a club where his goal prowess would be of great value.

Simy’s Crotone was officially relegated from the Italian Serie A after losing 2-0 to Inter Milan on Saturday evening.

Crotone got promoted to Serie A in the 2019/20 season after finishing second in the Serie B, but their short stay is over.

It’s been a disappointing return for Crotone, who has so far managed only five wins in 34 Serie A games with Simy Nwankwo playing a big role in all of those wins.

The Nigerian has scored 19 goals for the Pythagoreans this season, with only Cristiano Ronaldo and Romelu Lukaku scoring more.

With Crotone’s relegation, question marks are surrounding Simy’s future at the club. Genoa and Sampdoria are reportedly interested in his services- although he revealed he’s not thinking about his future right now.

However, in a chat with Soccernet.ng, Nwosu said that Simy deserves a good club where his goals will make a big difference.

“Simy Nwankwo has shown to be a quality striker in the Serie A where his goal-scoring prowess has been fantastic. He’s deadly in front of goal any time he finds himself in the 18-yard box.

“It is so sad that his club, Crotone, has been relegated after losing to Inter Milan, but that is not the end of the world for him. Every club will definitely want to sign a player like Simy because he knows how to deliver the goals.

CHECK IT OUT:  “I’m lucky” – Offset writes as he celebrates Cardi B with loved-up photo of them together

“I will advise him to move to a better club in Spain, England, and Italy where his impact can be felt in the Super Eagles.”

Simy has been with Crotone since he joined them from Portimonense in 2016.