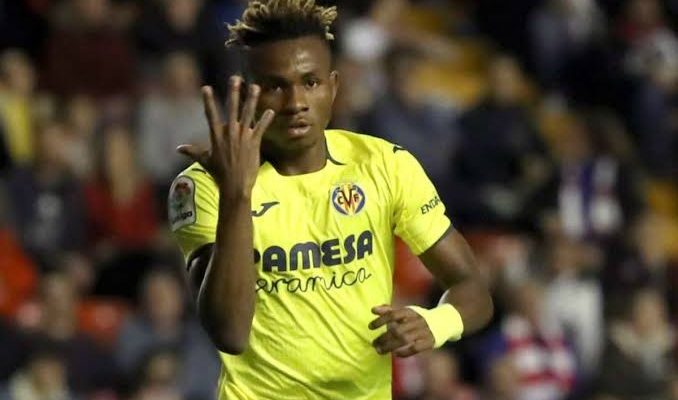 Mikel Arteta’s men have been terrible this season and currently sit outside of the Premier League’s top ten ahead of their faceoff against Newcastle on Sunday.

Arsenal have won none of their last three matches, a run which includes falling to a 2-1 defeat to Villarreal in the first leg of their Europa League meeting in midweek.

Chukwueze was the architect of that particular loss, with the Nigerian forward ghosting Granit Xhaka before providing the assist to the Spanish side’s opening goal inside the opening five minutes.

The Swiss midfielder was deployed at left-back in the absence of Kieran Tierney, leaving him in an unfamiliar role against the in-form Chukwueze.

Arsenal legend Keown is concerned that Newcastle could task one of their star forwards to target Xhaka at fullback the way Unai Emery did with Chukwueze.

“A key issue, which may well be highlighted against Newcastle, is at left-back,” Keown told the Daily Mail.

“Granit Xhaka does not deserve to be getting the blame. I feel for him. He’s a midfielder being told to play at left-back by his manager in Kieran Tierney’s absence.

“But he has since been left exposed by higher-quality opponents, such as Richarlison for Everton and Samuel Chukwueze for Villarreal.

CHECK IT OUT:  Odegbami Predicts Winner Of Nigeria vs Algeria

Chukwueze has been one of Villarreal’s key players since his return from surgery earlier this year, with the 21-year-old scoring a beauty against Barcelona last weekend.

The former Golden Eaglets hero will look to power Villarreal past Arsenal when the two teams meet at the Emirates Stadium for the return leg of their Europa League clash.