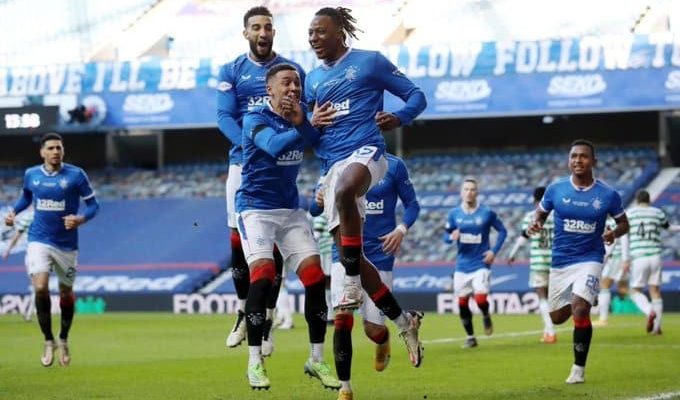 The 24-year-old is an important player for both the Gers and the Super Eagles, but his journey to top-level football was not easy

Rangers midfielder Joe Aribo has said that he wouldn’t have made it to the highest level as a footballer if not for God.

Aribo’s comments should not come as a surprise as he takes his faith in God seriously and shares bible scriptures regularly on his Insta stories.

‘I honestly thank God,’  Aribo told Dailymail.  ‘Without God, I don’t know where I would be.

Sometimes I just literally think, “wow, look at how far you’ve come” and there are still places you are going to go. This isn’t the end of it.’

The Super Eagles star started his career at Staines Town before signing for Charlton in 2015. After four years at The Valley, Aribo joined Rangers in 2019.

Aribo settled in quickly at the Ibrox, winning the club’s young player of the year and goal of the season in his debut campaign.

He has built on that in his second season, playing a key role in Rangers first league title since the 2010/2011 season.

However, while Aribo is enjoying the success he’s currently having, he revealed his journey was rough initially and was almost close to quitting.

‘If I didn’t get into Charlton, I would have stopped playing football,’ Aribo said. ‘I had something to work towards [the trial] that whole summer, and I just gave it my all, Aribo added.

The 24-year-old has also gone on to become an important player for the Nigerian national team. Aribo revealed he would never forget his first game, where he scored against Ukraine in an international friendly.

CHECK IT OUT:  2face celebrates her daughter, Ehi’s 14th birthday with beautiful photos

‘Getting called up was a surreal feeling and one I definitely didn’t expect, from where I’ve come from, but it just showed me how far I’ve come,’ Aribo said.

‘I’ll never forget my first game with the No.10. They left the spot [in the changing room] for me, and I didn’t sit there because I was thinking “this can’t be me.”

“A crazy feeling. In football, let alone Nigeria, the No.10 shirt is iconic. If you’re wearing it, you’ve got to be a good player, so I feel like I have to be good, he concluded.