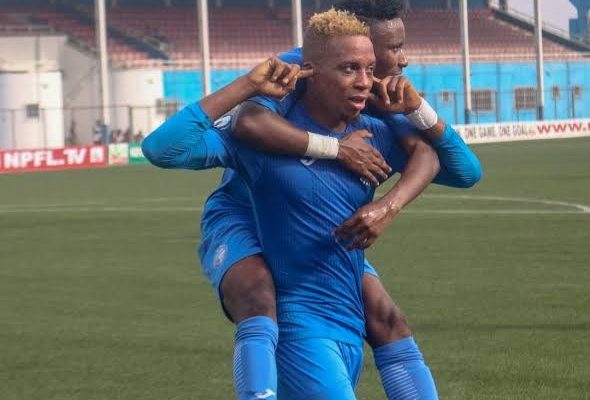 Head coach of Enyimba International FC Fatai Osho believes fatigue is the primary reason his side failed to soar past Ifeanyi Ubah in a rescheduled NPFL match played on March 5.

The Aba Elephants had to come from two goals down to force a 2-2 draw against FC Ifeanyi Uba at the Enyimba Stadium on Wednesday evening.

The three-time African champions had not lost a game at home this season going into the game.

But in an unexpected turn of events, Enyimba trailed their visitors by two goals with twelve minutes left following fine efforts from Saidu Adamu and Uche Onuaha.

But Reuben Bala, making his long-awaited return to action from injury, inspired a spirited comeback when he bundled in Enyimba’s first goal before Imo Obot levelled it up in stoppage time.

That match was Enyimba’s sixth game between April and May, despite the NPFL going on break since late March.

Four of those matches have come in the CAF Confederations Cup, where the People’s Elephants are scheduled to face Egypt’s Pyramids FC in the quarterfinals.

Coach Osho is convinced that playing so many games impacted the performance of his players against Ifeanyi Ubah.

“We experienced a lot of tiredness, and when you’re tired you can’t do much. We tried to cope,” the tactician told the club’s official website.

“I want to give a lot of commendation to the players for their ability to comeback. It was so difficult.

“The schedule has been so tight and anybody that is here will know that the legs were not there. The legs were out. They were at the mercy of the opponents because every time those ones went on quick play we couldn’t really respond and that was the genesis of the whole problem.

“For the players who have crawled back and got this draw, we need to commend them. It’s just unfortunate we’ve not rested for how many months now.

When other NPFL teams are resting, taking good rest and getting the body ready, it’s either we are on the road or playing somewhere. It’s not really an easy task at all.”

The result leaves Enyimba five points off the pace, although Fatai Osho’s men have played two games less than the rest of the pack.