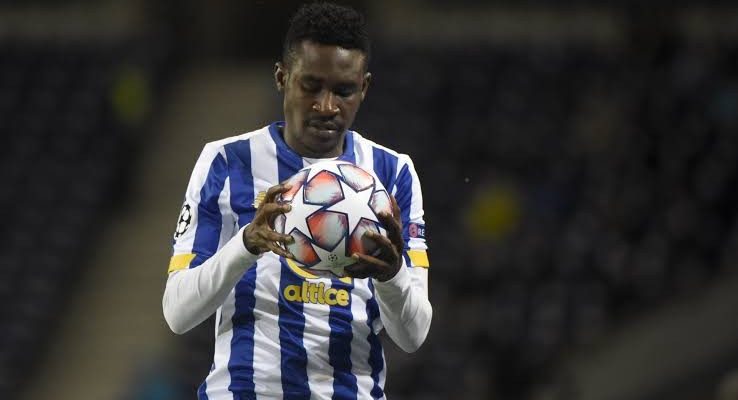 The Nigerian defender was aiming to lift the Portuguese top-flight trophy in only his first season with Sergio Conceicao’s men, but that dream will have to wait for at least another year

Zaidu Sanusi featured for 70 minutes as Porto managed a 1-1 draw against Benfica at the Estadio da Luiz on Thursday evening, a result that leaves the visitors’ Primeira Liga title hopes in shatters.

Porto knew ahead of kickoff that only an away win in the matchday 31 clash could help them stay in touch with high-flying league leaders Sporting Lisbon.

And manager Sergio Conceicao put forward his best team, including Nigerian fullback Zaidu Sanusi, to outsmart the home side.

But Everton’s brilliant individual skill and spectacular finish handed Benfica the lead midway through the first half.

Sanusi, who boasts one goal and one assist in 25 league games for Porto this term, and his colleagues put up a better defensive display after conceding but their attackers could not carve out an equaliser until Joao Mario replaced the Nigerian.

And the midfielder supplied the final ball for Mateus Uribe to slam home the leveller in the 82nd minute.

The draw, however, leaves second place Porto seven points behind Sporting Lisbon with three matches left of the campaign.

Sporting will be crowned champions should they win their next league match.

It would be a disappointing end to the campaign for Sanusi who has been one of Nigeria’s breakout stars in Europe this season.

The 23-year-old left ack emerged from the obscurity of the Portuguese lower division to shine for Santa Clara before Porto snapped him up last summer.

Sanusi played ten games in the UEFA Champions League, scoring once to guide his side to the quarterfinals of the competition before they were knocked out by Chelsea.