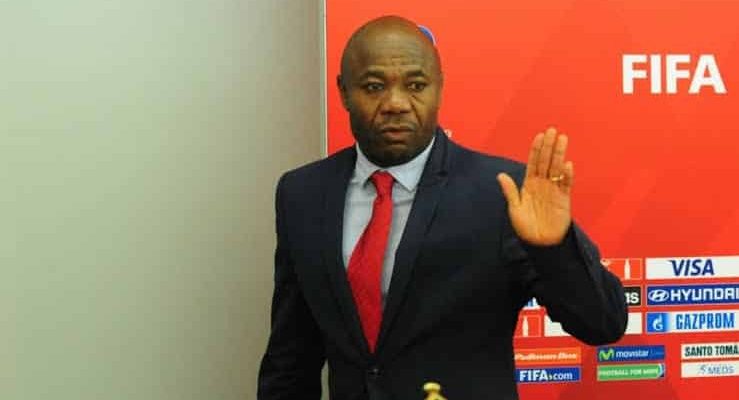 The former Barcelona winger has revealed he was surprised to be named the best in the continent decades ago, ahead of Weah, Yeboah, and Camara

Emmanuel Amuneke has confessed that he was shocked to be named the 1994 African Best Player ahead of the more illustrious trio of George Weah, Tony Yeboah, and Titi Camara.

The 1994 African Player of the Year award was one of the most closely contested in history, with several players meriting it after exceptional performances for club and country.

Weah was at the peak of his powers after bursting to prominence with Monaco before switching to Paris Saint-Germain, where his acceleration, speed, and dribbling ability helped him tear defences apart at will.

The ex-Milan man would go on to be regarded as one of the greatest African players of all time and is still the only African player to win the FIFA World Player of the Year gong.

Even Yekini had genuine hopes of retaining the award, having helped the Super Eagles win the 1994 Africa Cup of Nations in Tunisia, where he also topped the goal charts and was named best player of the competition.

CHECK IT OUT:  Super Eagles Fail To Soar As Algeria’s Unbeaten Run Continues

But Amuneke, who won the Egyptian Premier League title and the CAF Champions League that year, stunningly trumped them all on the back of his exploits with Zamalek FC.

And the former Nigerian international is pleased with how, as an underdog, he went home with the individual award at the expense of his more illustrious rivals.

“It was indeed a great moment for me,” Amuneke told the Punch.

“I was not expecting it because, at that time, there were great players such as Rashidi Yekini, George Weah, Tony Yeboah, and Titi Camara. Back then, I was even playing in Egypt, not Europe.

“I am forever grateful for the opportunity and privilege to have been a one-time ‘African Footballer of the Year’. As players, we all aspire to be the best on our continent, so I was happy.”

Amuneke was part of the Super Eagles team that won the 1994 Afcon, with the ex-winger scoring the two goals that downed Zambia in the final.

He repeated the feat when he scored the winning goal against Argentina in the final of Atlanta ’96 to help Nigeria win the Olympic gold.