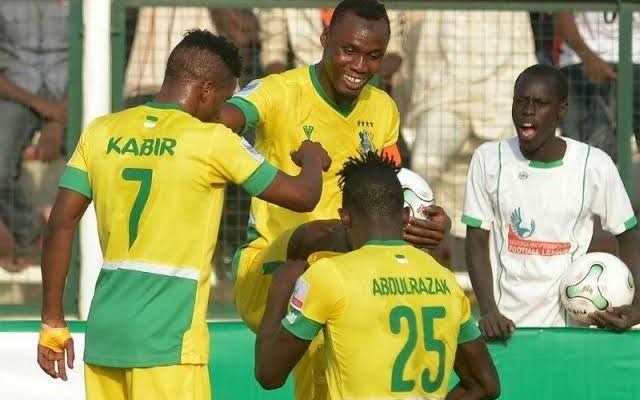 The ex-Leicester City forward did not travel to Warri with the rest of his teammates, who were outclassed away from home

Kano Pillars kicked off the second round of their Nigerian Professional Football League campaign with an impressive 1-1 draw away to Warri Wolves on Sunday.

Maisu Gida stunningly secured the signing of Ahmed Musa during the break, but the Super Eagles skipper did not make the trip to Warri to face Wolves.

Still, Pillars matched their hosts in every area of the pitch until first-half stoppage time when forward Dennis Ndasi was sent off after earning his second booking of the afternoon.

But Wolves fought back late on and earned a share of the spoils after Mark Daniel levelled from the spot with four minutes left.

Arguably the star man of matchday 20 is the irresistible Joseph Atule, with the playmaker contributing all the goals that guided Katsina United to a comprehensive 5-1 win over Wikki Tourists.

The 20-year-old attacker opened the scoring after just 16 minutes and then provided all the assists to strikes from Rasheed Ahmed, Samuel Nnoshiri, and Samuel Kalu.

Rasheed Ahmed then claimed his brace in the 74th minute, heading in a corner from Samuel Kalu for Katsina United’s fifth.

CHECK IT OUT:  Linda Ikeji tensions fans as she gifts herself 85 Designer shoes and 35 designer bags to mark 40th birthday (photos)