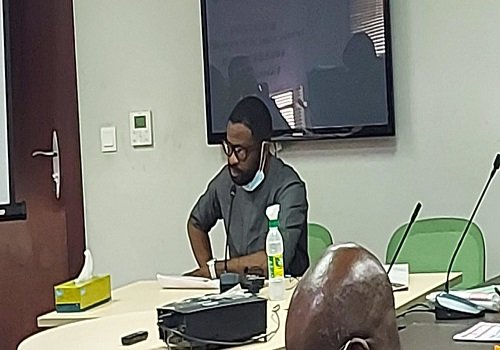 Ayobami told the Lagos State Judicial panel probing police brutality and the Lekki tollgate incident that the patients were transferred from three hospitals in Lekki with gunshot wounds.

No fewer than 14 petitioners have accused the army of shooting several protesters dead and injuring several.

The army, which entered a defence denying the allegation, failed to honour subsequent summons requiring it respond to further questions by petitioners.

Ayobami, a surgeon, appeared before the panel based on a summons issued to Grandville Trauma Centre to give account of their encounter with protesters from the Lekki incident.

Led in evidence by Senior Advocate of Nigeria (SAN) Mr Adeyinka Olumide-Fusika, he claimed members of the public, not the Federal or Lagos government, foot the patients’ medical bills.

According to him, staff of the hospital also donated blood for one of the victims who needed blood.

Following a request by panel chair Retired Justice Doris Okuwobi, he named the patients as follows: Ikwrogbo Theophilus, 38 (gunshot injury to the lower limb, had an x-fix; metal objects attached to the broken bones); Adamu Hassan Yinusa, 27 (gunshot injury to the elbow bone and had x-fix as well; and Nicholas Okpe, 43 (gunshot injury to the chest, a chest tube was passed into the lungs to allow for air and blood and was transferred to LASUTH for further care).

CHECK IT OUT:  Nigerian Navy Arrests Five Vandals With Stolen 3,400 Litres Of Petrol In Lagos

Kehinde, who appeared following a summons, tendered some documents to the panel but is yet to testify.

Proceedings were adjourned till May 15.