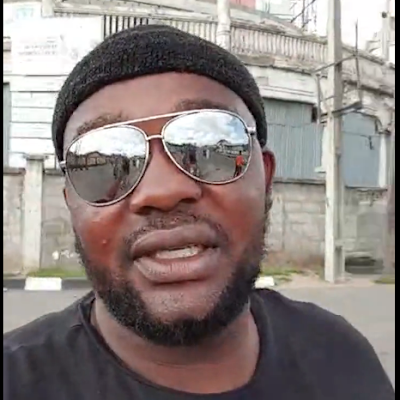 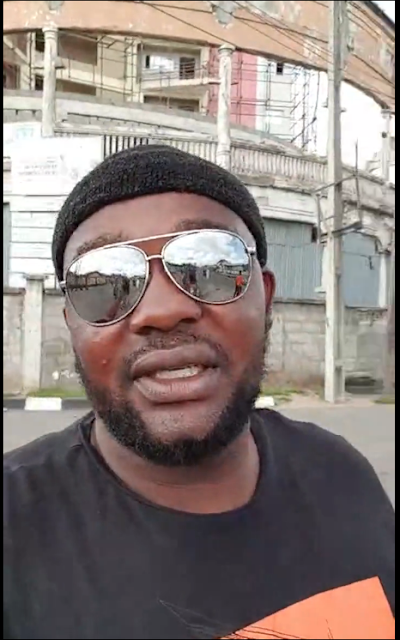 Yoruba Nollywood actor, Yomi Fabiyi is in the forefront of a protest to Panti Police Station to protest against the unlawful detention of his colleague, Olanrewaju Omiyinka, aka Baba Ijesha, who was accused of molesting a minor.

The protesters started the marched from Casino Bus Stop to Panti Police Station on Wednesday May 12,2021. 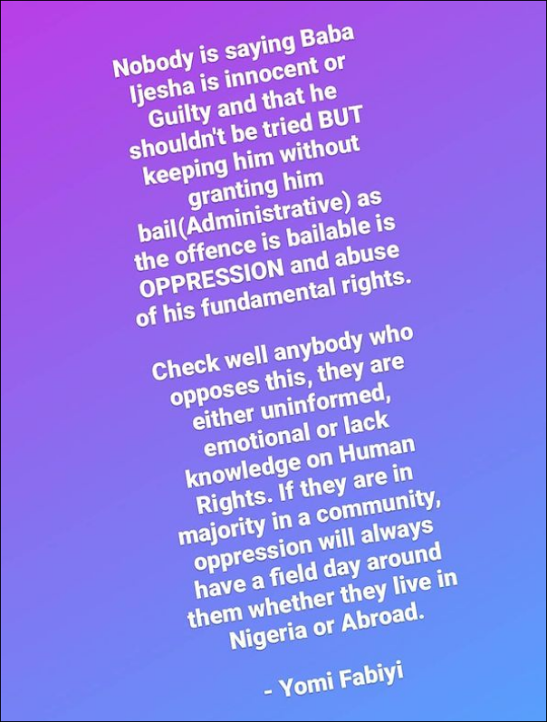 ”Honesty is the FIRST CHAPTER in the book of WISDOM. No matter your status, education, position or religion, if you LACK HUMAN RIGHTS UNDERSTANDING, you are a THREAT TO PUBLIC PEACE and you are not civilised, humane and dignified. To display such on social media is to groom the next generation of bias and emotional people instead of those who will follow the law.

The LAW is the LAW. Sexual Assault etc are BAILABLE OFFENCES, the law enforcement MUST respect and honour this. It is one of the major pathway to a peaceful society. Leave emotions, don’t create your own laws when a crime is committed and NEVER support any idea that will deny anybody his or her rights, IT MAY BE YOUR TURN TOMORROW whether you are on trial, INNOCENT or GUILTY” 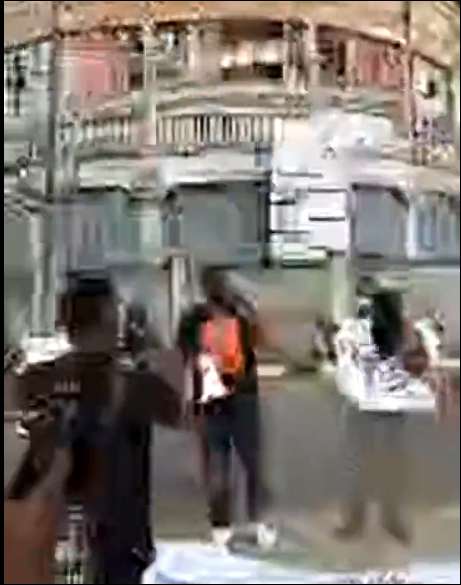 CHECK IT OUT:  Zlatan Reveals He Has A Song With Patoranking On His Coming Album