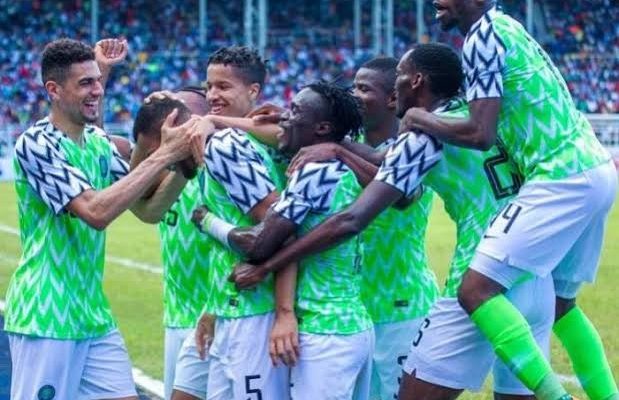 An exciting weekend of fantastic football awaits fans around the globe, but more importantly for the lovers of the game in Nigeria, with the 2020/21 season drawing to a close.

Socernet.ng previews three Super Eagles stars fans can’t afford to miss watching in the multitude of matches to come in the coming couple of days.

Kelechi Iheanacho has been the architect of Leicester City’s historic run to the FA Cup final this season, scoring four of the Foxes’ last five goals in the competition.

The Nigerian forward deserves his starting shirt when Brendan Rodgers’ men file out to face Chelsea in front of over 20,000 supporters at the Wembley Stadium for the 140th FA Cup final.

The Blues, due to their superior experience of big occasions, are the favourites in the capital. Thomas Tuchel’s side will appear in their third FA Cup Final in four years this weekend, and having lost out in last season’s climactic fixture against Arsenal, they will be doubly determined to go one better this time around.

But in Iheanacho, Leicester City boast one of England’s most in-form strikers who could once again prove to be the match-winner as he did against Southampton, Manchester United, and Brighton in previous rounds.

Iheanacho and City have never lifted the FA Cup before, and this could be the Nigerian striker’s chance to forever write his name in the Foxes’ folklore.

It is a triumph that won’t come easy, but with compatriot Wilfred Ndidi behind him in midfield, anything is possible at Wembley.

CHECK IT OUT:  Senator Abbo Receives Award For ‘Beacon Of Hope’

It promises to be a nail-biting end to the Turkish Super Lig this campaign with the trio of Besiktas, Galatasaray, and Fenerbahce still with a chance of winning the championship.

Galatasaray are level on 81 points with Besiktas but are inferior by two on goal difference. The leaders should get the job done away to Goztepe, while Gala know a massive win at home to Yeni Malatyaspor could see them overtake their bitter rivals.

Despite joining the Yellow-Reds only in January, only five players have scored more than Henry Onyekuru’s five league goals.

Manager Fatih Terim, with his team expected to score plenty, is likely to go gung-ho in attack, unleashing the Nigerian forward and a few more attack-minded stars against YMS.

Should Gala win the league, it would be Onyekuru’s second title triumph with the Lions in three years. And after the tragedy of losing his mother lately, it would be a fitting end to end an exhausting campaign.

The Nigeria Professional Football League was on a mid-season break when Ahmed Musa joined Kano Pillars in April.

And almost a decade after he quit the former Nigerian champions for a professional career abroad, the Super Eagles skipper will make his second debut for Sai Masu Gida when they host Adamawa United on Sunday.

It is the perfect game for the former Leicester City star to ease himself back into the domestic scene with Pillars, joint-top with Akwa United, facing the visitors from Adamawa, who are rooted to the bottom of the league table.

CHECK IT OUT:  ‘Ballon D’Or Is My Nobel Price’- Juventus Star Cristiano Ronaldo