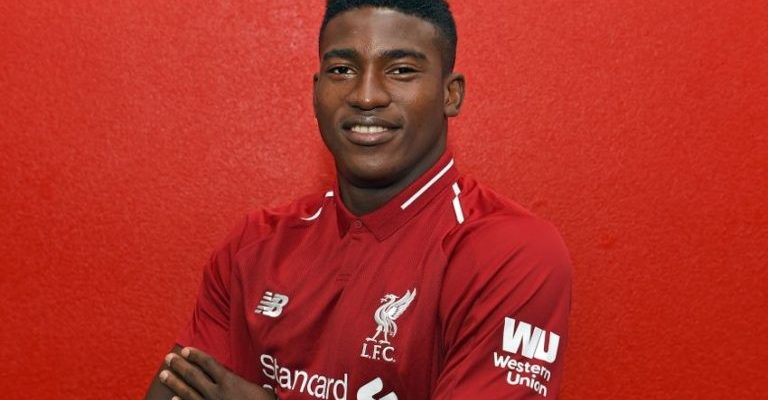 The former Golden Eaglets star has been waiting for a very long time to play in the English top-flight, but he now has the opportunity to fulfil his dream

Liverpool star Taiwo Awoniyi can now fulfil his dream of playing in the English Premier League after he was finally given a UK work permit from next season.

Awoniyi joined the Reds in 2015, but he’s yet to play an official game for Jurgen Klopp’s side as he does not have a work permit.

The Nigerian attacker’s contract with Liverpool expires in 2023, but he has spent every season to date on loan at different clubs to gain enough experience to secure a work permit.

Awoniyi, who is currently on loan at Mainz, has now finally received the permit and could play his football in England next season.

It remains to be seen if Liverpool are interested in keeping him, especially with Divock Origi likely to leave Anfield this summer.

However, should the Reds decide to sell the 22-year-old, there won’t be a shortage of offers for his services both in the Premier League and Championship.

The former Dream team striker has struggled for most parts of his loan stints at different clubs, but he seems to have found his feet at Mainz.

You may also like: Taiwo Awoniyi Is Gradually Finding His Feet But What Does The Future Hold For Him?

Awoniyi has scored five times and registered three assists in 21 league games for Mainz this season, although he only returned from a three-month layoff last weekend.