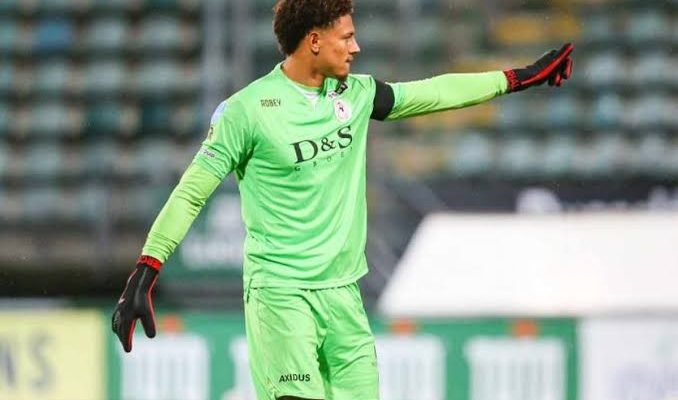 The Nigerian international has seen a rise in fortune since switching to the Netherlands last year, and he could be on the move again this summer

Sparta Rotterdam technical director, Henk van Stee, has revealed that the club has resigned to losing Nigerian goalkeeper Maduka Okoye in the coming weeks, with a few top European sides monitoring the progress of the youngster.

Okoye finished the regular Eredivisie season as the best goalkeeper in the top-flight after keeping ten clean sheets in 24 games for Sparta.

The 20-year-old’s appearance in the league’s team of the year did not surprise many who knew the shot-stopper had been under the radar of Dutch champions Ajax.

Sparta are aware they cannot hold on to Okoye, currently Nigeria’s undisputed number one goalkeeper, for much longer, but the club wants an arrangement in which they get to loan the player from his new employer.

“I know that a number of clubs are following him,” admits Van Stee, as per Rijnmond.

“Okoye would very much like to stay. It would of course be fantastic if we could sell him and then rent Okoye for a year, but I am not thinking about that yet.”

Okoye’s primary objective presently is to guide Sparta to the Europa League qualifiers.

Henk Fraser’s men won 2-1 at Heerenveen on Sunday to finish 8th on the Eredivisie table and qualify for the Europa League playoffs where they face Feyenoord.