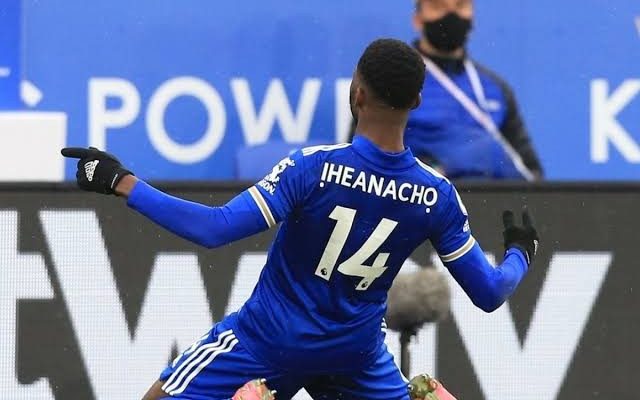 A lot was expected from Kelechi Iheanacho when he joined Leicester City for a fee of around £25 million in August 2017.

Things haven’t always been straightforward for the Nigerian international at the King Power Stadium, but his recent form has been very impressive, prompting the question; is he the long-term replacement for Jamie Vardy in attack?

After lifting the FA Cup thanks to a 1-0 win over Chelsea at Wembley, Leicester will be targeting more silverware both domestically and in Europe.

While it remains to be seen which European competition they will compete in next season, manager Brendan Rodgers will be looking for further improvement from his team as fans begin to return to stadiums in England.

Outside of the traditional “Big Six”, Leicester are considered the most likely team to challenge for the 2021/22 Premier League title.

Bet365 are often ranked top when it comes to Australian bookmaker sites thanks to a wide range of football odds, in-play betting and cash-out features.

They have the Foxes at 40/1 to repeat their success of five years ago and win the league. That is the same price as Tottenham and half the odds of Arsenal, who are out at 80/1 after another disappointing year at the Emirates Stadium.

Iheanacho initially struggled to make an impact in the East Midlands. His playing time was often restricted to either substitute appearance late in matches or starting in cup matches as a replacement for Vardy.

Indeed, in four years at the club, Iheanacho has been in just 43 Premier League starting line-ups for the Foxes, compared to 51 appearances as a substitute. A lack of consistent first-team football didn’t allow him to demonstrate his full abilities for the fans.

CHECK IT OUT:  $13 Billion Paris Club Refunds: How LINAS, Ned Nwoko Were Threatened

Now though, the playing system allows both he and Vardy to play from the start, and a consistent run of matches has seen Iheanacho find form, netting ten goals in his last 10 Premier League matches.

Prior to this impressive spell, the 24-year-old frontman had managed to score just ten league goals in 3 seasons since joining from Manchester City.

With a regular starting place looking relatively assured after a fruitful end to the campaign, the Super Eagles striker could be set for a fantastic season to come.

Now in red-hot scoring form, Iheanacho has even been tipped for a move back to the Etihad Stadium by some pundits.

However, having only recently signed a new contract that will keep him at the King Power Stadium until at least 2024, the future looks bright for the Nigerian striker, and he looks well placed to succeed his strike partner if Vardy decides to call time on his remarkable career in the coming years.

Although the former England international is showing no signs of wanting to retire yet, he hasn’t been as prolific as previous years, especially since a groin operation earlier in the year.

A blank in the FA Cup final means it’s just one goal in 17 games in all competitions for last season’s Premier League Golden Boot winner. However, he’s contributed in other ways.

While he may not have been finding the back of the net himself, Vardy has often turned provider for others in the team.

This role has led to nine assists in the Premier League campaign – that is more than he’s ever managed in a top-flight season before – and could be a preview of what’s to come if the pair continue to develop their partnership in attack for Leicester.

CHECK IT OUT:  THE GREATEST! Man City Star Sterling Named Among The Top 5 Best Players

At just 24 years old, Iheanacho has an incredible amount of potential, and his recent displays suggest that Leicester may not have to look too hard in their search for a long-term replacement for Vardy in attack.