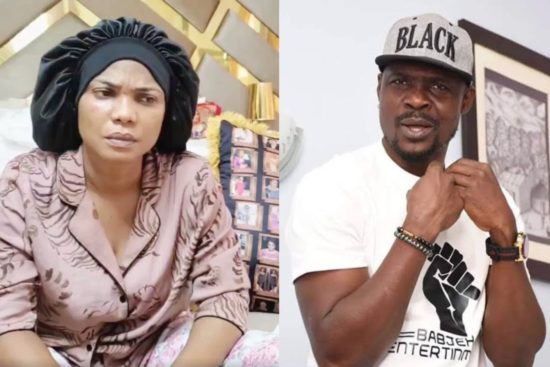 Nollywood actress Iyabo Ojo has vowed not to back down in her campaign that comedian Baba Ijesha should be punished for allegedly molesting a teenage girl.

The 43-year-old mother of two stated this in a video she uploaded to Instagram on Tuesday, a day after Baba Ijesha was granted bail on health grounds.

Iyabo, who has been the most vocal supporter of comedienne Princess whose foster child Baba Ijesha was caught on CCTV molesting, said the matter must not be swept under the carpet.

The actress along with Princess and other women staged a protest at the state criminal investigation department in Panti, Lagos on April 29 over media reports that the police wanted to release Baba Ijesha.

Now that the accused has been granted bail with conditions attached, Iyabo said they will continue to monitor the situation to ensure justice is done.

Baba Ijesha was granted bail on health ground by Chief Magistrate Oluwatoyin Oghre on Monday after weeks of incarceration.

The bail conditions are two reliable sureties – one of whom must be a level-10 civil servant and the other a direct blood relation to the accused – and N500,000 bail bond.

The post Iyabo Ojo Vows To Make Sure Baba Ijesha Receives His Punishment appeared first on .

CHECK IT OUT:  Update On The Murdered LASU Student, My Mum & I Ate Her Heart To Get Rich – Suspect Says (Photo)