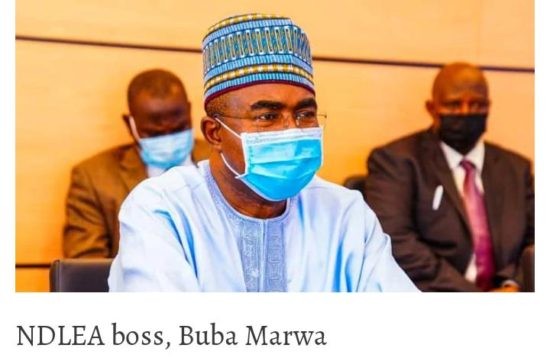 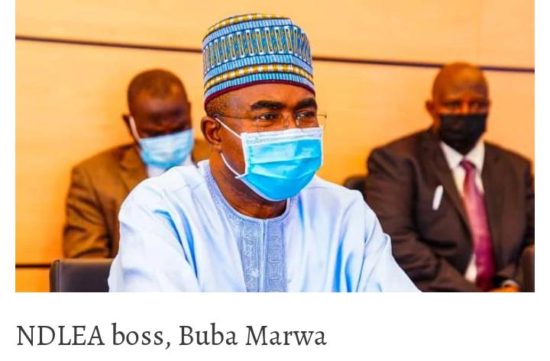 The Chairman of the National Drug Law Enforcement Agency, Brigadier General Buba Marwa, has warned against moves to legalise the use of cannabis in Nigeria.

According to Marwa, such step will amount to taking a step forward and 10 steps backwards which will rob Nigeria of the gains it had made so far in the renewed war against drug abuse and trafficking.

According to a statement by the agency’s Director of Media and Advocacy, Femi Babafemi, titled, ‘Marwa warns against attempt to legalise cannabis,’ the NDLEA boss spoke at a national security summit organised by the House of Representatives.

Babafemi quoted Marwa as saying that the present figure of 10.6 million Nigerians abusing cannabis was frightening.

He also said there was a link between drug abuse and the security challenges in the country.

He said, “Presently, there is no bigger national issue than the issue of insecurity in Nigeria, it is one of the big challenges, if not the biggest threatening our country

“Insecurity is today a full-blown malady with many manifestations such as insurgency, banditry, kidnapping, murder, robbery, reprisal killings name it.”

According to the NDLEA boss, the persistence of the challenges had been traced to the abuse of illicit substances.

He added, “The relationship between substance abuse and crime is a fact.

“What is clear is that no sane human being will rise against society to commit the kind of gross atrocities as we are witnessing in recent years, except such an individual has first hardened his heart with mind altering substances.

“The use of drugs for perverted purposes is not a new phenomenon, neither is it something that just started in Nigeria. There are precedents in world history.

CHECK IT OUT:  Arteta Finally Reveals What Arsenal Will Do In The Transfer Market This January

“Nigeria should be the last country to consider a law to legalize marijuana in any shape or form.

“Should we have such a law, we will soon become a nation of junkies and criminals.

“As such, I will like to caution that our lawmakers should not legalise cannabis because it will amount to taking a step forward and 10 steps backward.”

Marwa said the agency had been able to seize over two million kilogrammes of illicit drugs worth over N90bn.