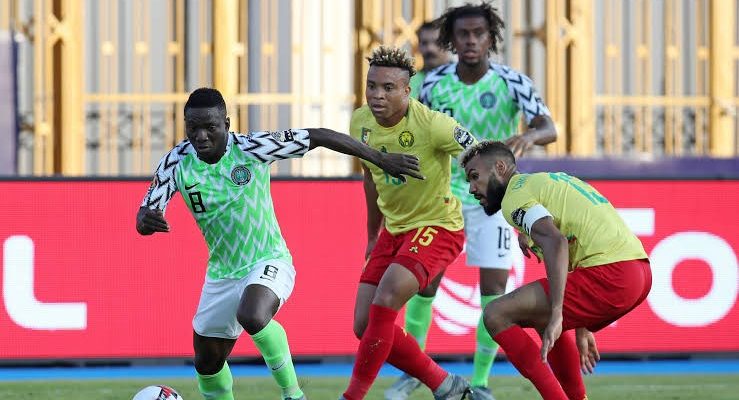 The Nigerian senior national team has suffered late withdrawals to star players mainly due to injury, and it appears their rivals for this week’s friendly clash are battling a similar problem

Lille ace Jean Onana will not be part of the Indomitable Lions squad heading to Austria to face the Super Eagles of Nigeria in an international friendly match slated for June 4 in Vienna.

Despite boasting just two caps, Onana’s name featured prominently on the roster of twenty-eight players called up by Cameroon head coach Antonio Conceicao for the double-header friendly against their West African neighbours.

But the 21-year-old midfielder, who spent the 2020/21 season on loan in Belgium at Royal Excel Mouscron, has pulled out of the squad as a result of injury, according to Actu Cameroon.

The Indomitable Lions open their training camp for the Super Eagles clash on Monday, May 31.

The former African champions face a depleted Nigerian squad hit with several withdrawals due to injuries and club commitments.

Nigeria’s head coach Gernot Rohr will be without the talents of injured Porto fullback Zaidu Sanusi, West Brom’s Semi Ajayi, and Fulham’s Ola Aina when they take on the Indomitable Lions of Cameroon on Friday.

Leganes’ Kenneth Omeruo and Almeria’s Umar Sadiq will also miss the clashes as they seek to help their respective clubs gain promotion to La Liga via the playoffs.

The two African giants will trade tackles at the Weiner Neustadt Stadium in Austria on Friday, June 4 and will face each other at the same venue four days later.

CHECK IT OUT:  45 Years Old Man Remanded In Kirikiri Prison For Raping A Teenager In Lagos