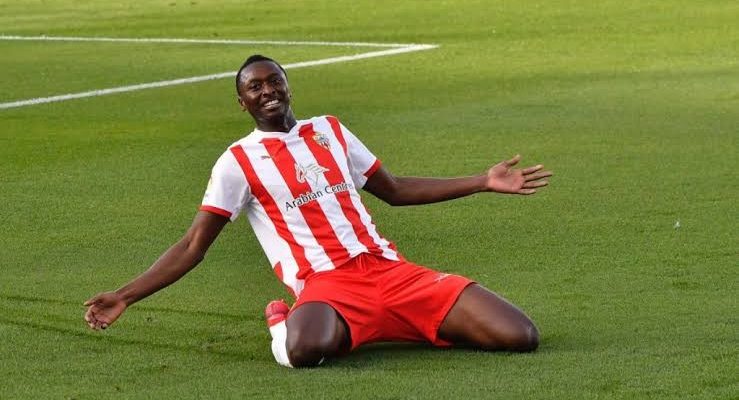 Head coach Gernot Rohr has explained why six of the players he initially invited for the Super Eagles match against Cameroon in June were dropped from the revised list released last week.

Despite failing to honour the first call-up in March due to coronavirus-related problems, Almeria striker Umar Sadiq was once again included in the list, alongside fellow Super Eagles hopeful Terem Moffi.

But many of these names were omitted in the revised list, with Rohr controversially calling up Galatasaray’s Valentine Ozornwafor as a late replacement.

The German tactician has now revealed that he dropped Omeruo and Umar because of their club commitments.

He also named defenders Porto’s Zaidu Sanusi, West Brom’s Ajayi, and Torino-owned Aina among those who will miss the Cameroon tie because of injury-related issues.

“Though this is an interesting fixture against Cameroon, but we are having lot of injuries,” Rohr told the NationSports.

“Already, we are not going to have Kenneth Omeruo and Sadiq Umar because they are both needed by their club in Spain.

“Semi Ajayi is injured, Sanusi also, Balogun and Ola Aina, and you can see that we are going to miss many players and those who have medical attestation to rest.”

Almeria and Leganes made the La Liga playoffs kicking off later in the week, and the two clubs are keen on retaining the services of their Nigerian imports.

Still, Nigeria will be well-represented when they face the Indomitable Lions in Vienna, with Kelechi Iheanacho, Victor Osimhen, and Paul Onuachu among the team stars already pencilled in for the encounter.