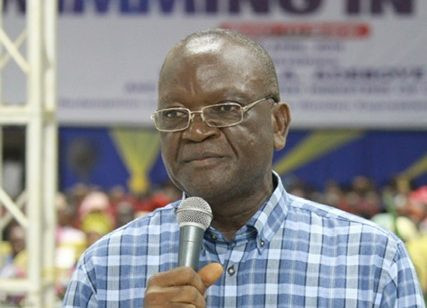 Benue State Governor Samuel Ortom has said that the Federal Government’s decision to ban Twitter operations in the country is an ill-advised diversion from the core issues of insecurity and injustice plaguing the nation.

In a statement released by his Chief Press Secretary, Terver Akase, Governor Ortom said the Twitter ban offers no solution to any of the problems facing the country. He added that the move is only capable of heightening tensions and fueling suspicions among Nigerians over the real motives of the Federal Government.

The governor added that suspending Twitter in the country amounts to suppressing freedom of expression, gagging social media, and undermining fundamental human rights of Nigerians, a development he says contravenes Chapter four of the 1999 Constitution (as amended).

The governor appealed to those saddled with the responsibility of advising the Presidency to always put national interest above personal, regional, ethnic, religious, and political affiliations.

CHECK IT OUT:  I’m Single And Not Searching – BBNaija’s Mercy Eke