Igboho was seen in photos shared online, waving at the people and acknowledging cheers from them from inside the vehicle.

Okada riders were also seen hailing him and riding beside the Toyota Hilux which conveyed him to the town. 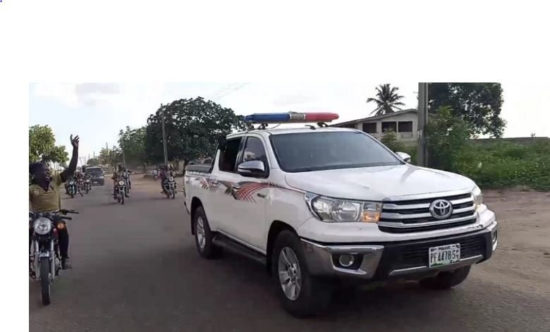 The Nation reported that during the visit, Igboho also tried to comb the forests. Igboho’s spokesman Olayomi Koiki said the visit of Igboho was to assess the level of destruction witnessed in the village and to also relate with the villagers.

The post Sunday Igboho storms Igangan over killings and attacks appeared first on .

CHECK IT OUT:  BREAKING! Nigeria Police Say There Is No Time Limit For Reporting R*pe Cases (Full Story)