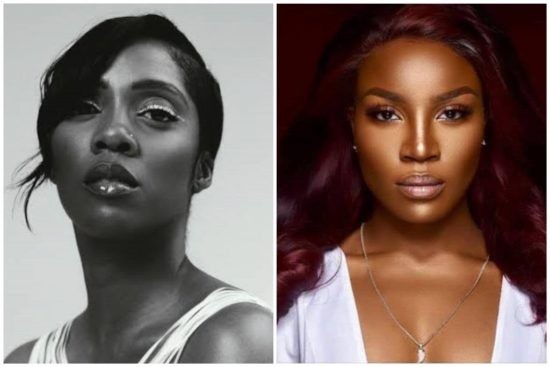 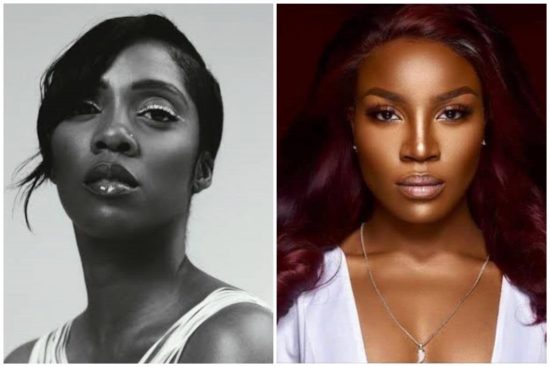 Nigerian singer Seyi Shay has accused rival Tiwa Savage of placing a curse on her that she will not have a child, Igbere TV reports.

In an audio obtained by Pulse Nigeria on Tuesday, the Nigerian Idol judge recounted how both women almost came to fisticuff at a salon in Lekki, Lagos.

A video of the two women clashing and exchanging swear words had earlier gone viral on Tuesday.

According to Seyi, she was at the salon to get her hair done for her Idol’s appearance on Sunday, June 13.

The 35-year-old said she felt tension in the salon and decided to walk over to say hi to Tiwa and they both exchanged pleasantries.

However, 20 minutes later, Seyi said Savage walked over to her and that was how the argument started.

Shay revealed she was shocked by the unexpected outburst stressed that Savage’s beef with her was not about the #FvckYouChallenge verse she recorded in April 2019 as she confirmed that they have met each other more than twice since her #FvckYouChallenge and they exchanged pleasantries on all occasions.

Seyi Shay also noted that the part she did not see on the trending video is where Tiwa said in Yoruba “Seyi you won’t have a child I heard you are looking for a child, God will not give you a child because you have a bad spirit”.

Tiwa was, however, seen in the video swearing that God should take her own son Jamil Balogun if she ever talked bad about Seyi Shay in the media.

CHECK IT OUT:  Relationship Expert, Joro, Laments Over Small Cup Of Okoro That Costs N8000 In France (Photos)

Seyi said she felt hurt because Tiwa knew she had a miscarriage and used that to release the “venom” in her.

The post ‘How Tiwa Attacked Me, Said I’ll Not Have A Child’ — Seyi Shay (Audio) appeared first on .