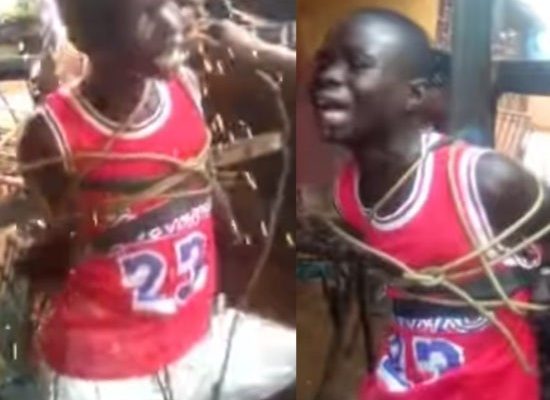 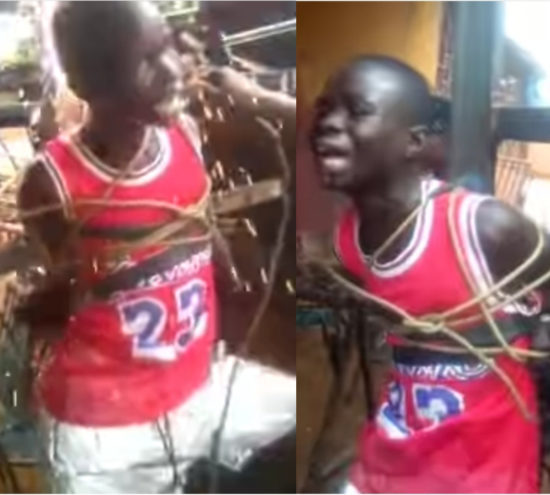 A heartbreaking video shows the moment a boy was brutally tortured while he foamed in the mouth and begged for mercy.

The boy was tied to a makeshift metal cross by a man who held an exposed electric wire. 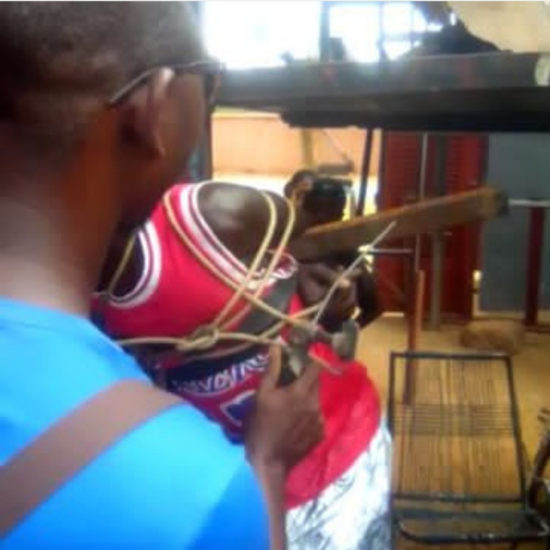 The man then places the electric wire on the metal cross, causing the boy’s body to convulse as electric passes through the metal and shocks him.

The man continues doing this for a while, even as the boy keeps shaking due to the electric shock and begging for mercy.

The boy is heard saying “walahi” and some other muffled words as he begs for his life.

Others in the scene watch the brutal torture without trying to help. Some are seen laughing, while others were filming.

Towards the end of the video, the boy is seen shaking violently as the sparks from the metal cross fall on him. Finally, his head falls forward toward his chest.

The post Heartbreaking footage shows boy begging for mercy as he’s tied to a metal cross and subjected to multiple electric shocks (video) appeared first on .