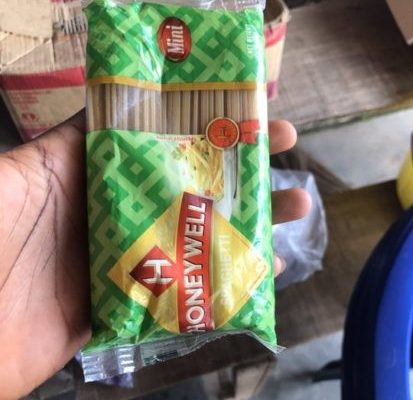 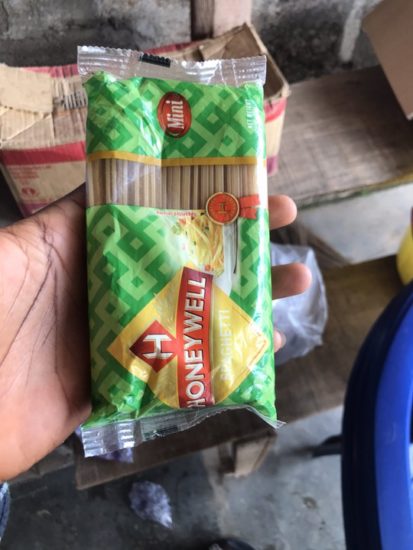 Nigerians on social media have expressed shock as Honeywell Flour Mill Plc release a new version of its Honeywell Spaghetti.

@drinowrld reports that the “Mini” version is believed to be released for those who love to eat spaghetti but can’t afford the regular 500g version of the spaghetti, which currently costs N280.

The price of the new version of the spaghetti is yet to be known as the time of filing this report. 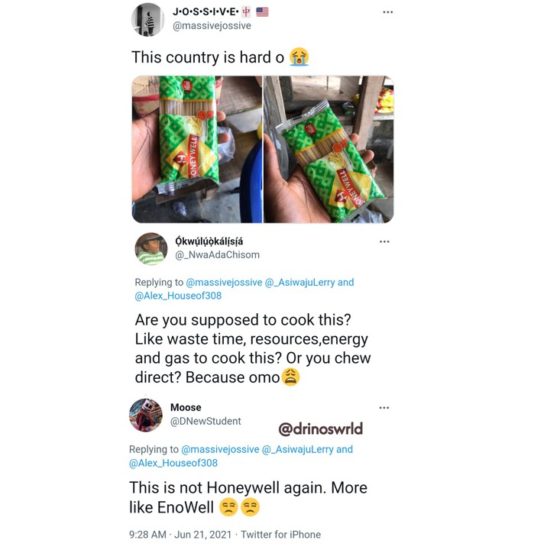 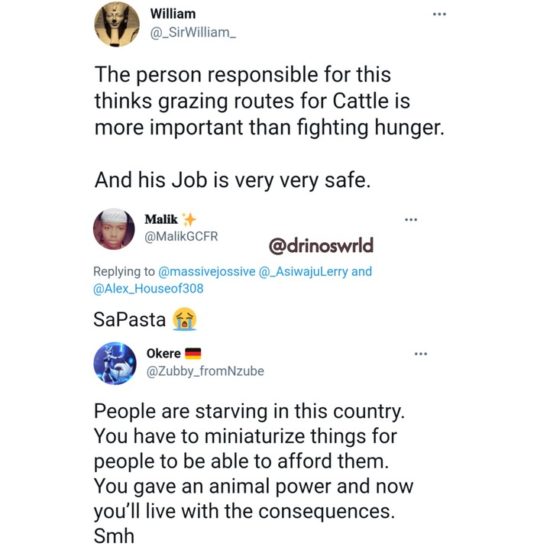 CHECK IT OUT:  Adeleke Reacts To Suit Seeking His Sack From Senate, Reveals This