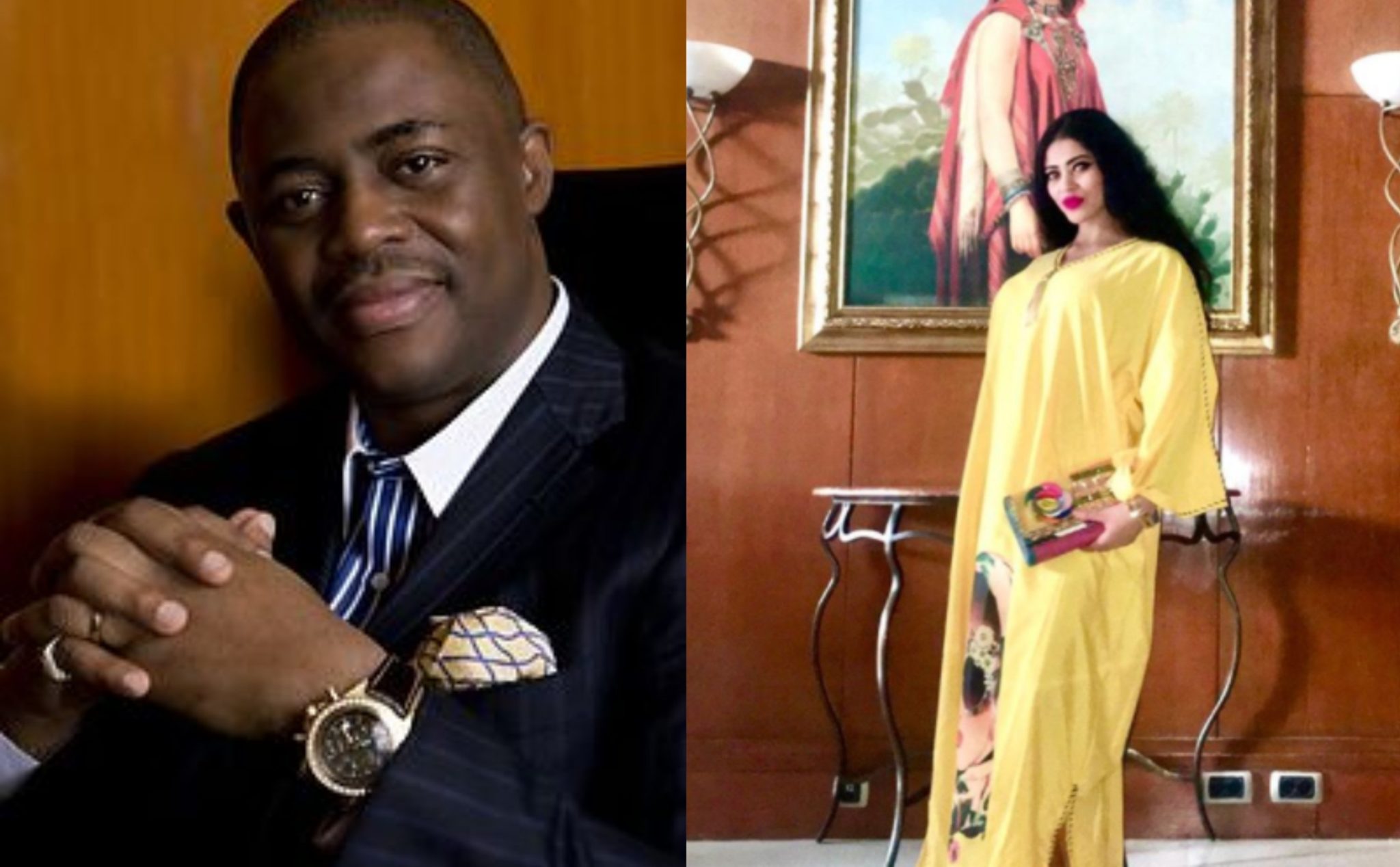 Nesma Galal, Femi Fani-Kayode’s former Egyptian lover has apologized to him after calling him out on social media.

The romance had gotten to public space in 2020 after Nesma described the former Minister of Aviation as “All my stars my everything in my life” in an Instagram post, to which he responded by writing “My Hatun”, an honorific word for women, equivalent to the English term “My lady.”

However months after this, the Egyptian lady returned to Instagram to call out the former Minister, alleging that she left him because he is not fit to be a husband.

“I left this man forever because he did not deserve to be a husband. Because he’s a hallucinogenic man, traitorous, and a liar.

“And I did block him from Instagram, Facebook, and WhatsApp and have all the conversations that prove that he’s begging me and my mother to come back, but I refused forever.

“This is a traitorous man. He’s mentally ill, I swear to god.”

She has however now taken to same platform to apologize to him, saying “she erred”. Nesma also disclosed that her previous Instagram post was put out of jealousy.

Admitting that she loves him, the Egyptian lady added that FFK deserves the best, respect, love and appreciation from her.

I erred in your right a lot ‏
‏And I admit that I made a mistake in your right, and when I put a bad post on my page that offended you, it was out of jealousy for you because I am jealous for you
‏ Because was I loved you so much, but I was always saw from you all the best, respect, love and appreciation for me I swear to God
‏ You are a person who deserves respect and appreciation because you are the kindest, noblest, most compassionate, most merciful and most beautiful of God’s creatures
‏Dear femi I apologize to you in front of the world

‏You are the purest of God’s creation 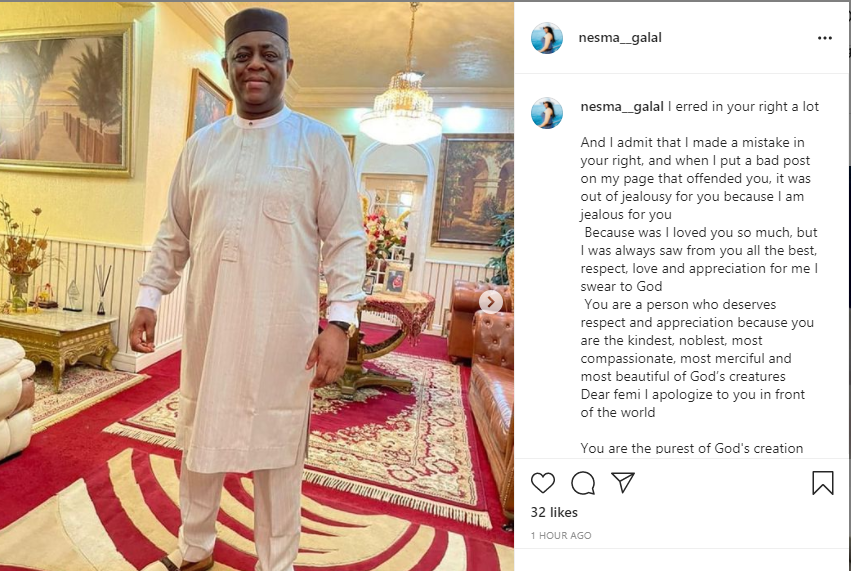 The post FFK’s former Egyptian lover apologizes after calling him a ‘hallucinogenic man and a liar’ appeared first on .