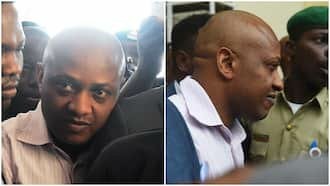 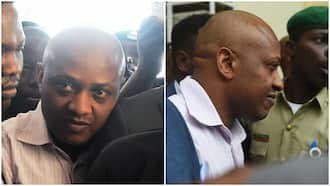 The trial of the alleged kidnap kingpin, Chukwudumeme Onwuamadike (also known as Evans), has stalled again as a witness who was supposed to testify in his defence failed to show up.

“I have been trying to reach her on phone but her line is switched off. I am praying that the court should give us a short date.”

In his response, Justice Hakeem Oshodi adjourned the case until Tuesday, June 29, for the continuation of defence, New Telegraph also stated.

I am not a kidnapper – Evans

Earlier, Evans while testifying in his defence denied all the allegations of kidnapping levelled against him by the Lagos state government.

He claimed that he was a legitimate businessman, adding that his nickname was not Evans.

The suspect also claimed he was coerced into admitting being a kidnapper after the police, in a bid to make him confess, killed four persons in his presence.

He said that prior to being apprehended by the authorities, he had never met his five co-defendants in the trial.

Meanwhile, Evans and the other defendants were arraigned in 2017 on a two-count charge of conspiracy and kidnapping.

They are accused of kidnapping Donatus Dunu, the managing director of Maydon Pharmaceuticals Ltd.

The post Alleged Kidnapping: Evans’ Trial Stalled Again as Suspect’s Witness Fails to Show Up in Court appeared first on .