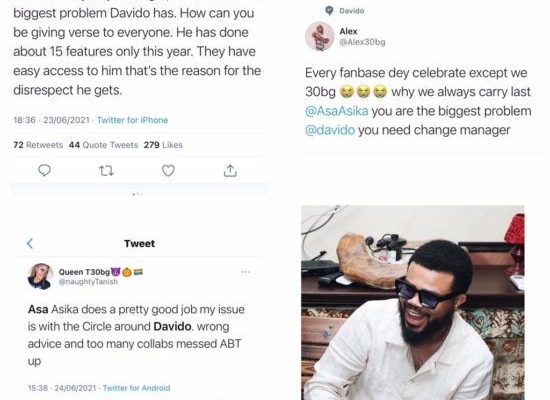 Several fans have taken to Twitter to criticize Asa Asika for not being able to manage singer Davido’s career too well.

The whole drama started after a fan named Alex30bg took to his Twitter page, saying, “Every fanbase dey celebrate except we 30bg. Asa Asika you’re the biggest problem, Davido you need to change manager.”

This is coming days after Davido’s colleague in the music industry, WizKid and Burna Boy won their first ever Grammys Award.

Another fan named Ruddeyy said, “ASA is a very lazy manager. He is one of the biggest problem Davido has. How can you be giving verse to everyone. He has done about 15 features only this year. They have easy access him that’s the reason for the disrespect he gets.”

In reply to this, a fan named Real_Theopaid stated that when a celebrity is too available, he or she looses so much value. 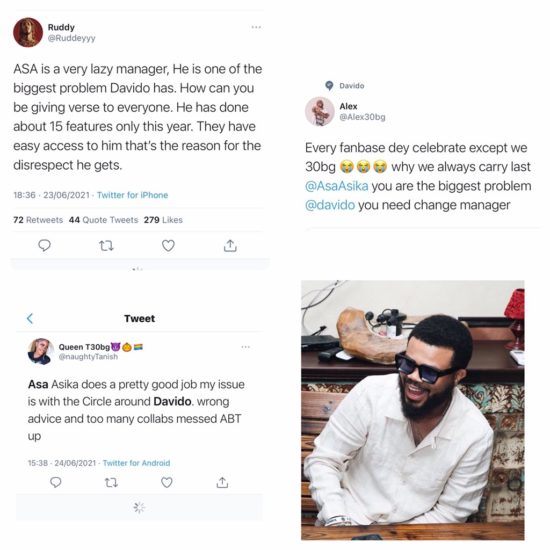 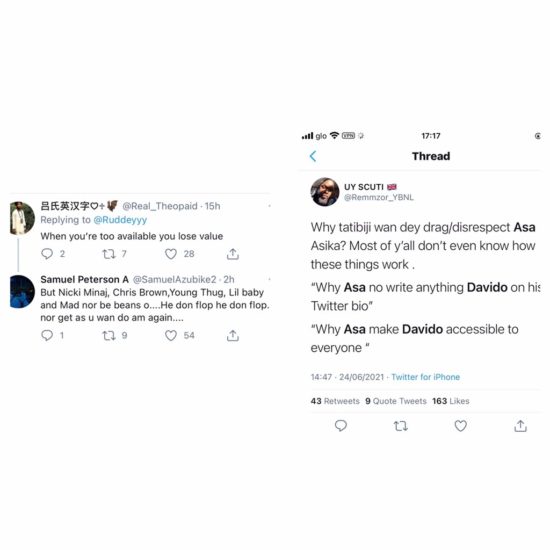 CHECK IT OUT:  LET’S TALK!!! World War Three Is About To Start, How Do You Plan To Safeguard Yourself?