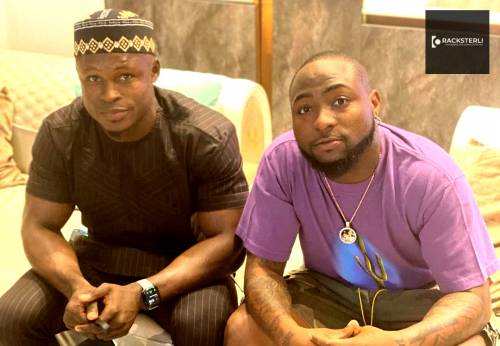 Nigerians have called on security operatives to arrest some celebrities, including David Adeleke, popularly known as Davido, Divine Ikubor, known professionally as Rema, and Williams Uchemba for endorsing and advertising a Ponzi scheme company, RackSterli, which has allegedly defrauded many people.

The celebrities had been seen in viral videos promoting the platform, prompting people to invest in it.

“I wanna introduce you guys to one of the biggest investment platforms in Nigeria. There are a lot of opportunities over there… It has been very, very reliable for the past six months. We’ve had great recommendations,” Davido said in one of the videos seen by SaharaReporters.

The Ponzi-like initiative, owned by one Chidi, popularly known as Blackgold, offers its subscribers different packages, including Standard, Diamond, Premium, Ruby, Platinum, Emerald, Gold up to Topaz. They are 11 in separate packages.

A check by SaharaReporters on www.racksterli.org on Saturday showed the RackSterli’s website has crashed, leaving investors due for payment stranded.

Some subscribers who invested in the scheme without getting returns since last year are lambasting the celebrities for promoting it.

“All the celebrities that endorsed the scheme should be arrested too. Davido, Williams Uchemba supported the brand and they got us into this. Now the so-called Racksteri investment ran away with our money after buying himself a Brand New G. Wagon days after his accident,” Akintunde Mayowa Johnson told SaharaReporters.