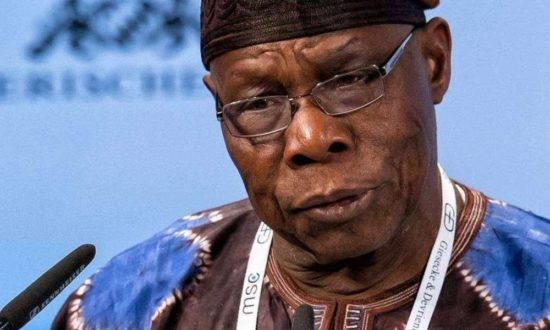 Former President Olusegun Obasanjo has dismissed reports that President Muhammadu Buhari is dead and has been replaced by a Sudanese man named Jubril.

Obasanjo mentioned the rumor during a youth mentorship program in Ogun on Sunday, citing it as an example of how social media is being overused.

Nnamdi Kanu, the leader of the Indigeous People of Biafra, frequently peddles the claimed death of the president, which has been proven to be untrue and without proof (IPOB).

Obasanjo told the audience of a time when someone approached him and asked if he believed the rumor.

He said: “Somebody came to me, in very high hope, and said, ‘this talk about Buhari not being Buhari…’. I said, ‘do you believe this?’ He said, ‘well, it is in the social media’. I said ‘Buhari died and we will not know that Buhari has died? And they will bring us somebody from Sudan to be Buhari?’

“It’s ridiculous to the extreme. But you have it in social media and you see people believing it. Social media have done good but it can be abused and misused.”

The rumour is filled in part by the presidency’s refusal to disclose the status of Buhari’s health whenever he goes on a medical trip.

The president had to personally dismiss it in 2018 while speaking at a town hall session with Nigerians in Poland.

“It’s the real me, I assure you. I will soon celebrate my 76th birthday and I will still go strong,” the president had said.

“A lot of people hoped that I died during my ill-health. Some even reached out to the vice-president to consider them to be his deputy because they assumed I was dead.”