The police in Lagos State have arrested scores of persons suspected of taking part in the Saturday Oodua Nation protest in the Ojota region of the state. 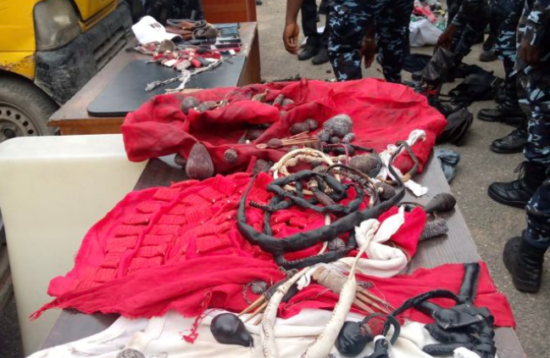 The apprehended suspects also had a significant collection of charms, weapons, and ammo, as well as cars.

The suspects were being held at the state command headquarters in Ikeja as of Saturday evening.

Similarly, the police denied culpability for a girl’s murder during a Yoruba nation protest in Ojota, Lagos, on Saturday.

Reports blaming the police for the killing, according to the police spokesperson, Olumuyiwa Adejobi, are an attempt to create confusion and terror in the minds of the people of Lagos State and the country at large.

According to the statement, “the Command did not fire a single live bullet at the Ojota gathering today.”