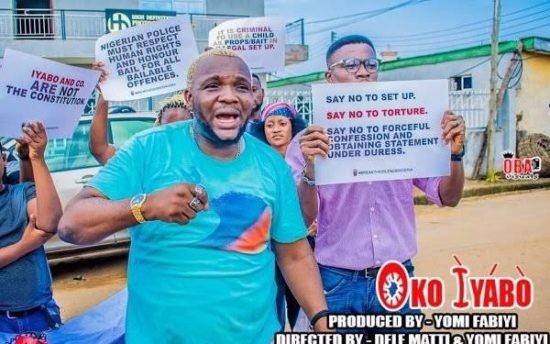 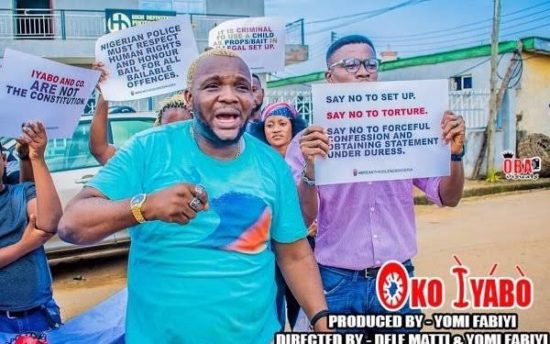 Fabiyi features characters with names of those engaged in the case, including actors Iyabo Ojo and Olarenwaju Omiyinka alias Baba Ijesha, in the video posted on YouTube on July 4, 2021.

The film begins with a scenario in which Iyabo, played by a child actor, tells a classmate that she wants to be a prostitute when she grows up.

In a moment in the film, Fabiyi similarly presents the distressing CCTV tape, but he portrays Baba Ijesha’s minor victim as his consenting lover.

The scandalous scene is fast garnering online outrage with social media savvy Nigerians calling the actor out for trying to distort facts in the ongoing sexual assault case against Baba Ijesha.

Check out some reactions gathered below:

@adabekeeblog tweeted, “Please, simply go on YouTube and report the movie ‘Oko Iyabo’. Yomi Fabiyi is an evil man. How do you produce a movie about an ongoing rape case and paint the 14-year-old victim as a sugar baby, all to make money and shame the victim?? Nah, it can’t be well with you. Report it!!”

@bimbexy tweeted, “Yomi Fabiyi is a colossal disgrace. This ‘Oko Iyabo’ movie he just released is a total fail. Poor acting, poor script, everything about the movie was poorly done, see the way he tried to shame Iyabo Ojo by saying she is a prostitute and did juju to become famous.”

CHECK IT OUT:  Nigerians Abroad: A Brilliant Start To The Year For Super Eagles Stars