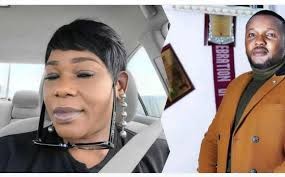 Actress Ada Ameh has slammed actor Yomi Fabiyi for his controversial new film, which is said to be based on the rape drama of Baba Ijesha and uses genuine identities of individuals involved.

Yomi Fabiyi, according to Adah Ameh, is a self-centered and wicked guy who will reap the same wickedness he sows.

“It is a Shame, don’t because of money, cheap fame do the wrong things!!!
all the actor’s on that movie should may your children not be victims
you all failed before you started
@realyomifabiyi you will meet your Waterloo”

CHECK IT OUT:  Sound Sultan’s Last Appeal Before Death