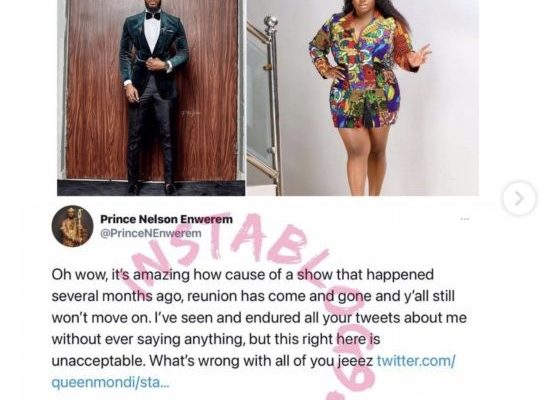 Prince, who was clearly enraged by the statement, bemoaned the fact that people don’t want to move on with their lives even after the BBNaija lockdown and reunion shows ended, and he went on to say that he has put up with all these abusive tweets about him without retaliating, but the rapist label is unacceptable.

His admirers, on the other hand, have chastised @QueenMondi for making such a remark and asked him to ignore her because she is only out to drag him down.

Read his response below;

“Oh wow, it’s amazing how cause of a show that happened several months ago, reunion has come and gone and y’all still won’t move on. I’ve seen and endured all your tweets about me without ever saying anything, but this right here is unacceptable. What’s wrong with all of you jeeez

“The sky is big enough for all of us to shine, so what’s all the fuss about. This is draining. I’m not one to ever address anything on here but I feel it has become pertinent that I do this one because Omo I don tire. RA STOP e don do.

“I’m sick and tired of this never ending fan wars, I actually don’t really care about what y’all say about me and all, it’s fine (I know what I signed up for going for Bbn) but can y’all leave my family out of it, it’s really disgusting… And also RA I love how y’all love me and

“And I hope my fellow ex housemates advice their fans to do same cause it makes no sense.”

CHECK IT OUT:  I Am Still With Mavin Record –Tiwa Savage 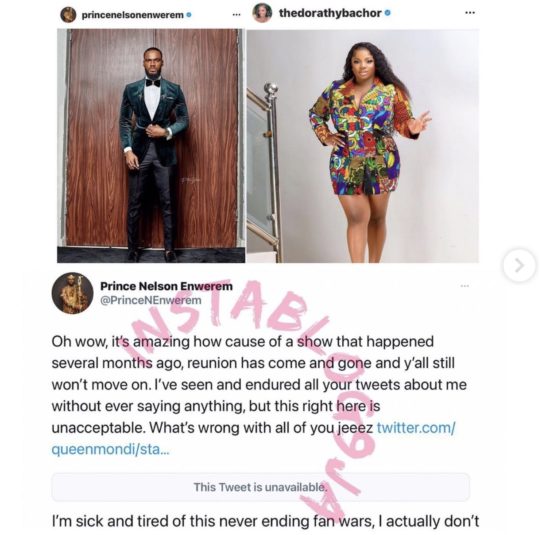 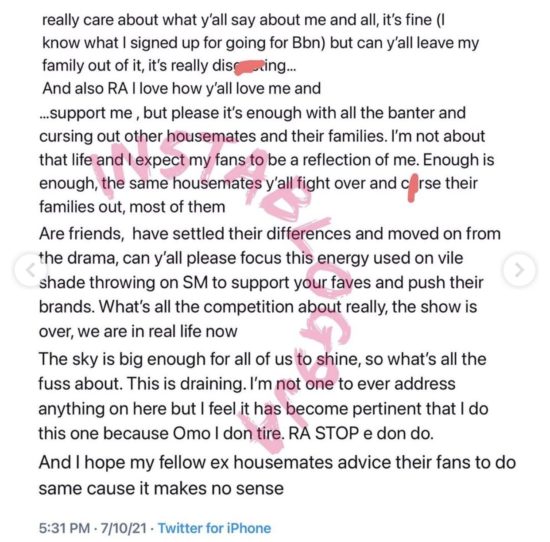 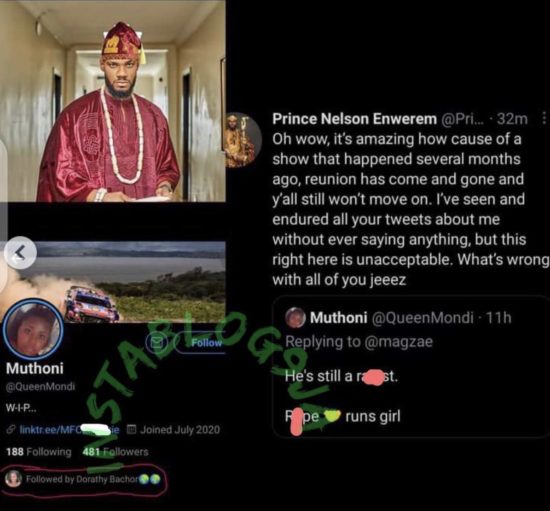 The post BBNaija’s Prince Angrily Reacts After A Dorathy Fan Called Him Rapist appeared first on .