Samklef, a Nigerian music producer, has admitted in a video that although professing to have quit smoking for good weeks ago, he has not given up his addiction lifestyle.

The announcement of Samklef’s decision to stop smoking created waves on social media, according to 36ng.

He mentioned in a video that a man needs make money in order to make his faithful wife happy.

Money is sweet, but he claims that smoking pot is much sweeter.

”If ur woman love u and u no get money, Make sure say u make money o! She go love u more!From your ganja man!” 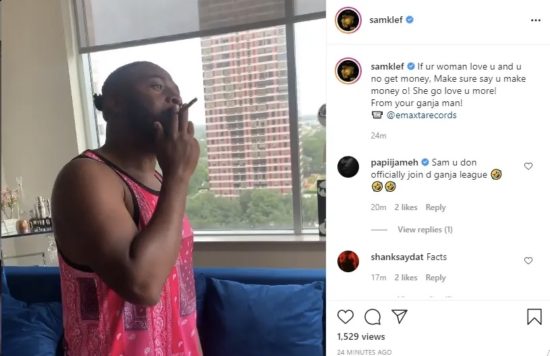 CHECK IT OUT:  8 Sex Tips For Men In Long Term Relationships (Must Read)