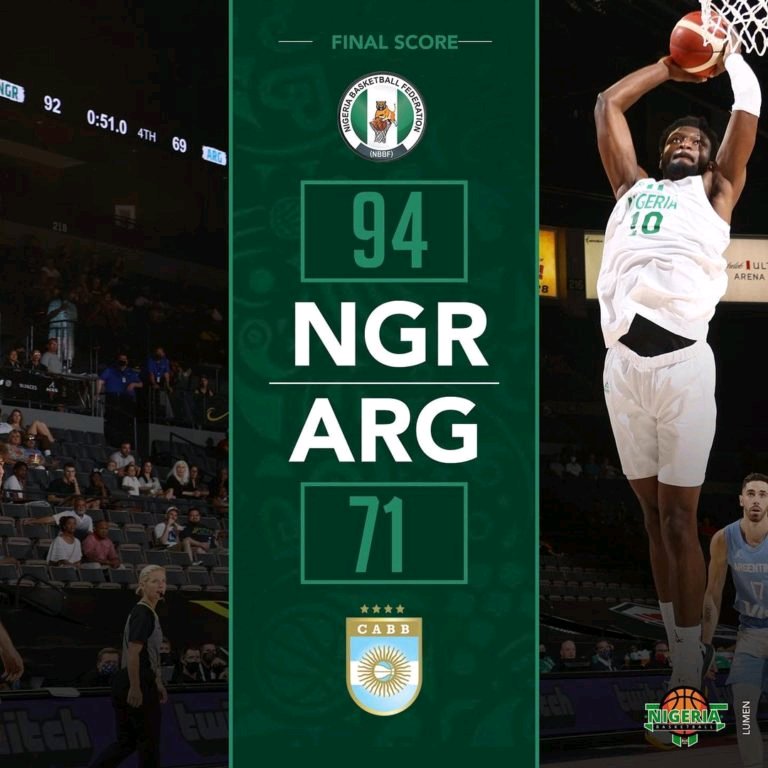 Nigeria’s D’Tigers basketball team has won again, this time against Argentina, the world’s fourth-best team, just a few days after defeating the United States of America, the world’s number one country in basketball.

The two countries last played in China for the 2019 FIBA Basketball World Cup, which Argentina won 94-81.

The D’Tigers will meet the Australians in their first encounter in Tokyo, which will take place on Tuesday.

Congratulations to the team. 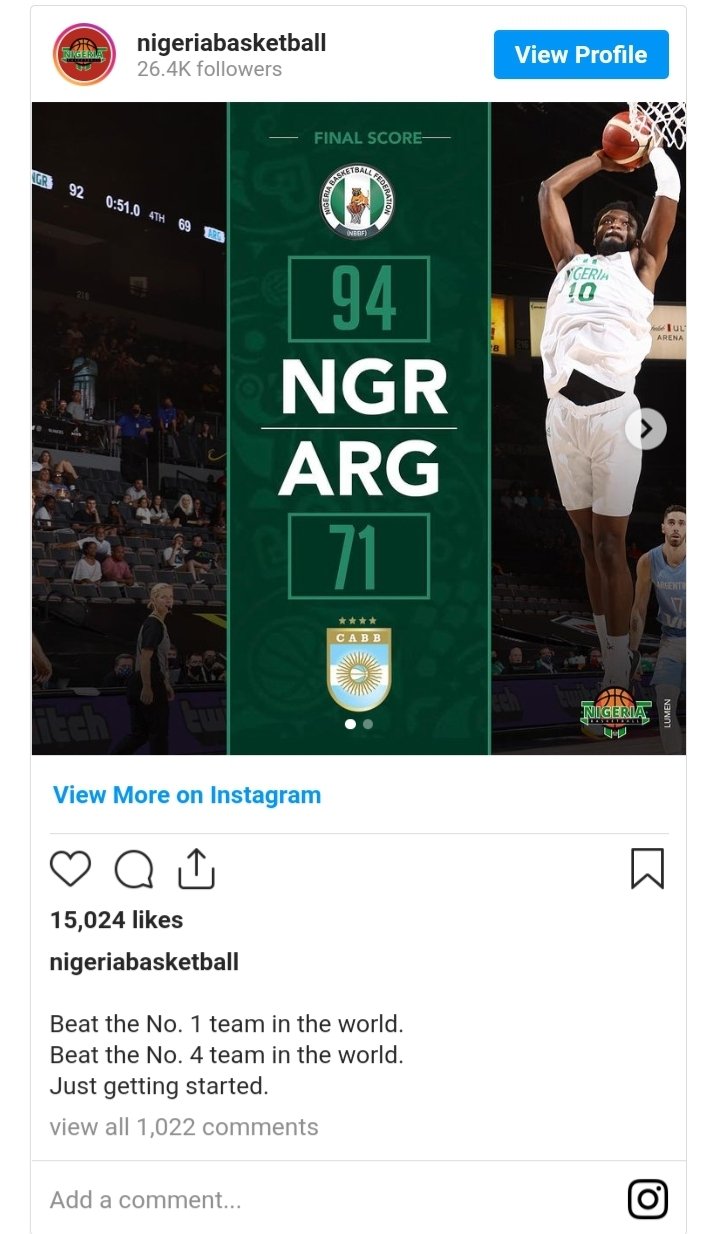 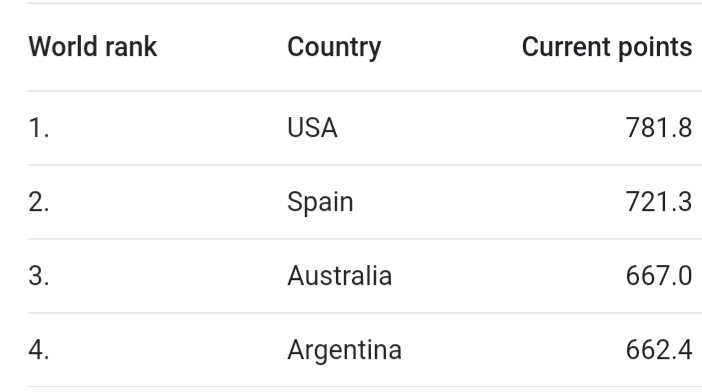 The post Nigeria’s D’Tigers defeats Team Argentina, the 4th best team in the World with a Score of 94 – 71 appeared first on .

CHECK IT OUT:  Christians Have Advantage Over Muslims In Nigeria: Reno Omokri (See Why)