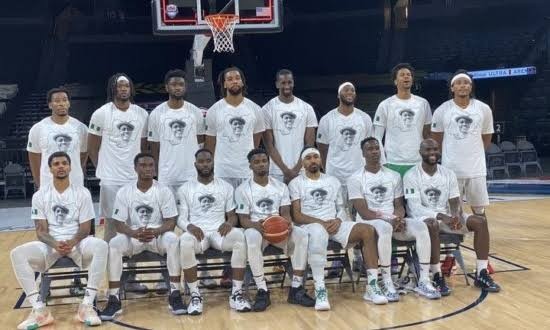 As D’Tigers pays respect to the late music superstar in the United States, Sound Sultan’s legacy in the Nigerian basketball industry will live on for a long time.

Just before their pre-Olympic exhibition game against Australia in Las Vegas, the country’s senior national team conducted a minute of silence for the departed.

Coach Mike Brown’s players, however, did not have a joyful conclusion, as they were defeated 108-69 as they resumed their preparations for this summer’s events in Tokyo.

They had won back-to-back games over the United States and Argentina in their previous two games, but they were unable to repeat their success against the Australians, whom they will face again in the group round of the championship in roughly two weeks.

Despite their 39-point disadvantage in the game, the D’Tigers are still one of the top teams to keep an eye on at the Games.

Meanwhile, following their victory over the United States and Argentina, the Nigeria Basketball Federation dedicated the victories to Sound Sultan, one of the game’s founding fathers.

They also went a step further by remaining silent for 60 seconds before the game to show their respects to him.

CHECK IT OUT:  Ighalo Names Three Man United Players That Helped Him