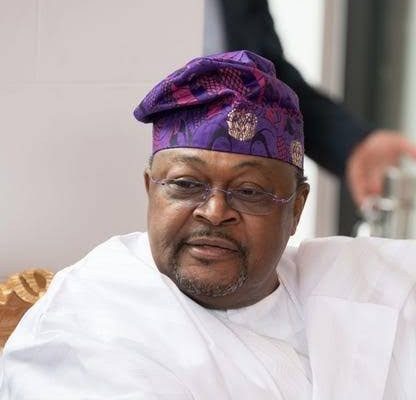 Nora Olumide, Dr. Mike Adenuga’s former confidential secretary and mistress, has cried out as the Economic and Financial Crimes Commission (EFCC) attempted to evict her from her house.

According to sources, Ms. Honora Olumide Johnson informed the court during a court hearing that her former boss, Mike Adenuga, accused her of conspiracy, forgery, theft, and getting money under false pretense because she ended a 27-year love relationship with him for her own peace of mind.

36ng learned that Adenuga accused her of stealing $300,000 from Worldspan Holdings (one of Mike Adenuga’s firms) that was supposed to be moved to a Conoil account but was instead transferred to a different account in China for her own advantage.

Between 2018 and 2020, Ms Johnson is accused of systematically stealing “various sums in naira and other currencies totaling $350,000.”

Nora Olumide Johnson was seen weeping hysterically as she pleaded with the billionaire to leave her alone in the viral video that has received a lot of attention on social media.

She pleaded with the anti-graft agency to assist her rather than remove her.

While weeping, she said, “Mike Adenuga, leave me alone? What have I done? He said I stole money, the money I didn’t steal because I want to break up. 30 years I gave my life to Adenuga yet he wants to drive me away from this house. This house that i build. How many houses did I have? What did he do for me? He didn’t do anything for me. No husband, no children. I am finished.”