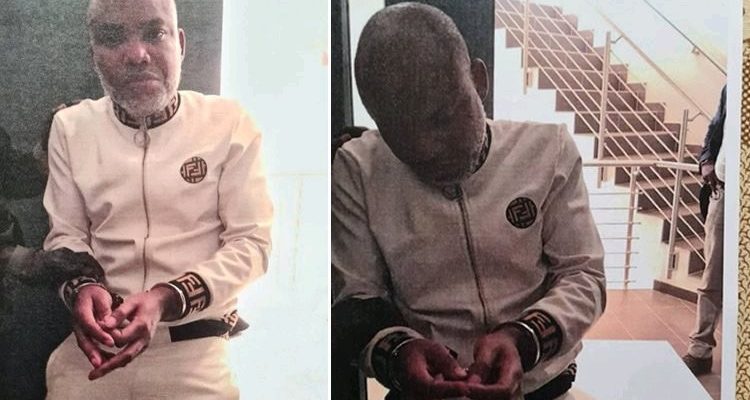 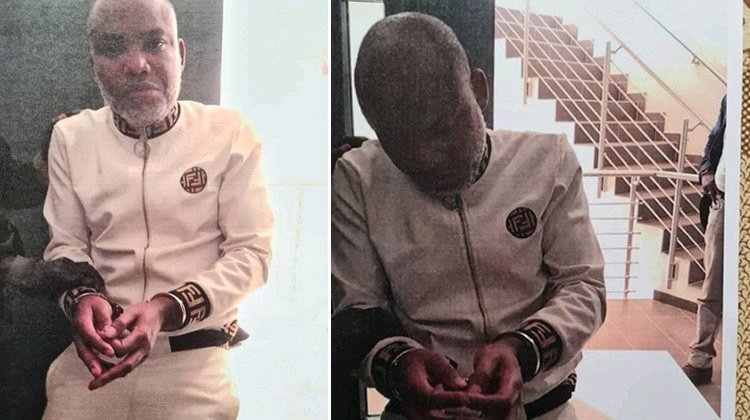 The Independent People of Biafara has raised the alarm over the deteriorating health of its detained leader, Nnamdi Kanu at the DSS office.

Kanu was rearrested by the Federal government on June 27 and extradited to Nigeria on June 29. He was re-arraigned before an Abuja court where the DSS got an order to detain him till July 26.

A statement released by the secessionist group’s spokesperson, Emma Powerful, on Wednesday July 14, says Kanu has been denied access to his personal physician since his arrest which has led to his health deteriorating. The group warned that no harm should befall Kanu as the consequences would be imagined.

“We are alerting the world about this anomaly to compel the Nigeria government to grant our leader’s doctors access to see him for a thorough medical examination, bearing in mind the terrible torture he underwent at the hands of the Kenyan security agents.

We wish to unequivocally state that no harm should befall our leader as the consequences can only be better imagined. This is not a threat but a promise! Nigeria has been winning and dinning with bandits and terrorists but dehumanising and killing peaceful agitators and freedom fighters.”

Meanwhile the legal team of the secessionist group leader have approached the Federal High Court, Abuja, seeking an order for Kanu to be transferred from the custody of the Department of State Services to the Kuje Correctional Centre.

In an application dated 13 July, 2021, and filed July 14, 2021, Kanu’s lead counsel, Ifeanyi Ejiofor, and other members of the team in Abuja on Wednesday, the lawyers asked for “an order directing the transfer of Nnamdi Kanu from the custody of the Department of State Services to the Nigerian Correctional Service Centre in Kuje, Abuja, where he was originally detained before he was granted bail, pending the determination of the charge.”

CHECK IT OUT:  Suspected Rapist Lynched To Death In Calabar On Christmas Day

It also prayed the court to direct the custodian of Nnamdi Kanu to grant him access to his doctors for the purpose of carrying out a comprehensive medical examination of his health status.

The post IPOB alleges that Nnamdi Kanu’s health is deteriorating appeared first on .