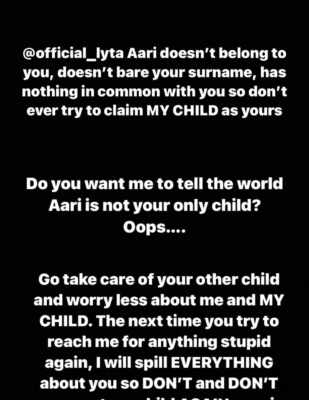 Lyta’s babymama, Kemi, has once again taken to Instagram to call out the popular singer after they both had a conversation over the phone.

Kemi in a new post, revealed that she’s battling a terminal disease internally because of Lyta and she will never forgive him neither will she forget the incident.

Further speaking, Kemi stated that she is revealing all this because she might not live long to tell her side of the story when her child grows up.

She revealed that when her child grows older, he will be able to see all the whole truth on social media and by then she might be dead already. 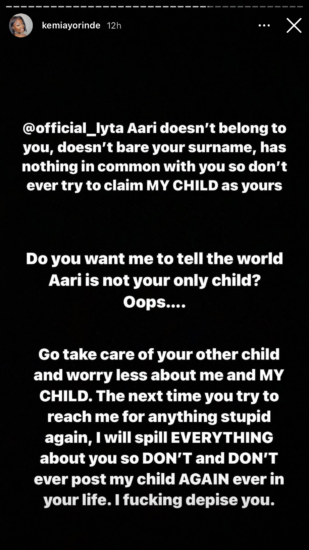 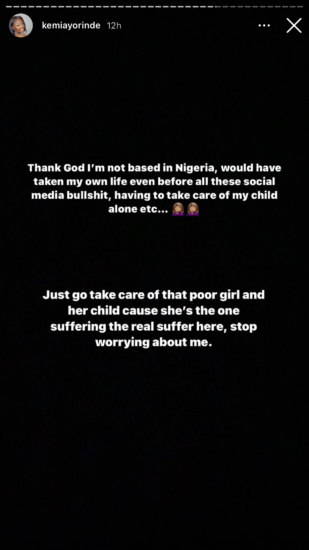 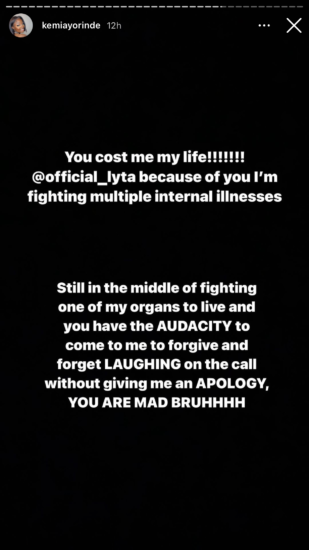 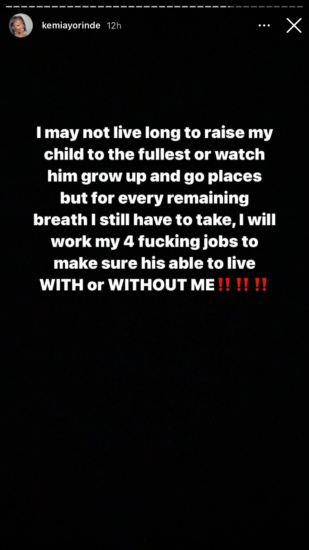 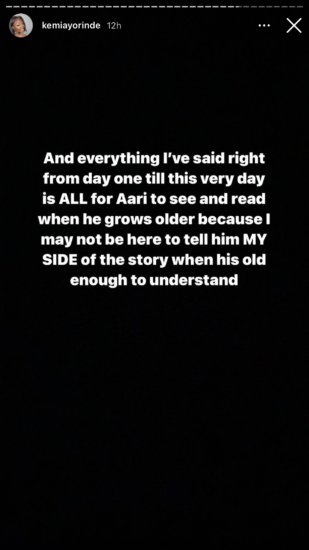 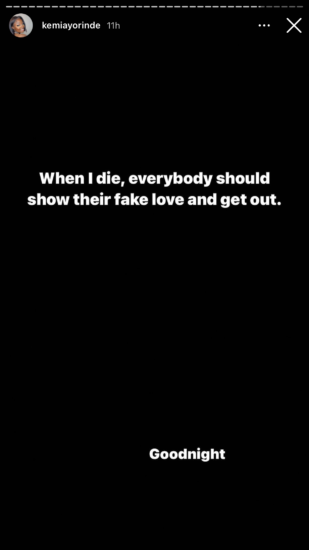